This is Jon Davis, an Iraq veteran and school teacher. It's not a recent image. But, he is a military blogger - he blogs about military issues.  And he defends the U.S. wars, especially the Iraq War. He says that in light of everything we know and everything that's happened, it was still the right thing to attack Iraq. 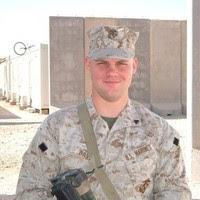 So, how does he justify it? He does it based on Saddam Hussein's alleged crimes, particularly the Halabja gassing of the Kurds, and the Al-Anfal Campaign, also against the Kurds who were fighting with the Iranians in the Iraq-Iran War. Both of these atrocities occurred in 1988.

Here are arguments for why Saddam was NOT responsible for Halabja or Al-Anfal, and they are written by American researchers.

I am not going to delve further into that because the point I want to make is different: It is that you can't justify starting a war in 2003 because of something that happened in 1988. And that's true even if the accusations against Saddam are true. I don't believe they're true, but even if they are, you can't do it. Why? Because: we are talking about crossing an ocean and starting a war in which hundreds of thousands of people got killed. And they were almost all innocent people. Obviously, the non-combative civilians who were killed were innocent. But, even when you consider the Iraqi Military- most of them were innocent too. Because: what is a military? And I mean in any country. A military consists mainly of young men who were either drafted or who enlisted.  So, if you were a solider in the Iraqi Army, and then your country got attacked and invaded by the U.S., it was your duty to resist, to fight back. But, that doesn't make you a terrorist or a bad person. So, all those Iraqi soldiers that we killed, they didn't deserve to die either. They were sons and brothers and fathers and husbands. They had people who loved them, who anguished over their deaths. And they were just as entitled to their lives as Jon Davis. And they were much more innocent than he was. He's the one who went over there, to their country, and started shooting and killing and destroying- not them. They didn't initiate any harm to him or to us. He initiated harm to them. So, their deaths are wrongful deaths too- just as much so as the killing of Iraqi civilians.

Therefore, practically every Iraqi that we killed was a wrongful death. So how can you use the gassing of the Kurds in 1988 as a justification to kill hundreds of thousands of innocent Iraqis in 2003 and beyond?

The Iraq War was a crime. There were specific war crimes that we committed, such as at Abu Ghraib, but the entire war was a crime. From the beginning and throughout, the whole thing was an atrocity, a crime against humanity. It was cold-blooded, genocidal mass murder. It is one of the most heinous and abominable acts of aggression of one people against another in all of human history.  And I just have to hope that, someday, there will be a reckoning. George W. Bush is still alive. He's only a little older than I am. And there is no statute of limitations on murder. He can be arrested, charged, prosecuted, convicted, and sentenced to life in prison- which is where he belongs. I hope and pray for that. 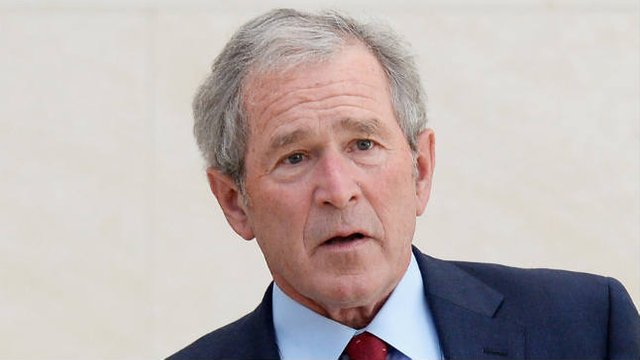