This video of Oswald really speaks volumes. Just listen to his voice, to the way he denies the charges.
https://www.youtube.com/watch?v=gqXp6GV9a_4&feature=share

Do you realize how unusual it is for a guilty suspect to be so adamant, so vocal? Most guilty suspects keep their mouths shut. They don't speak the way Oswald did. And it's because they are not actors; they are not that good at lying. But, Oswald was not lying, and he was not acting. And that's why his "performance" was so good; because it was real. He was just being honest.

Here is the reporter who said that "ownership of the two weapons have definitely been traced to Oswald." Don't you think that happened just a little bit too fast? Like it was all set up? And behind that reporter is the French reporter who the next morning would wax on repeatedly in his French accent, "I saw the muzzle flash against his black sweater." He kept saying it over and over, yet, we never saw any muzzle flash. And as close as the shot of Oswald was taken, the muzzle flash would have singed the sweater. You know, it's fire. 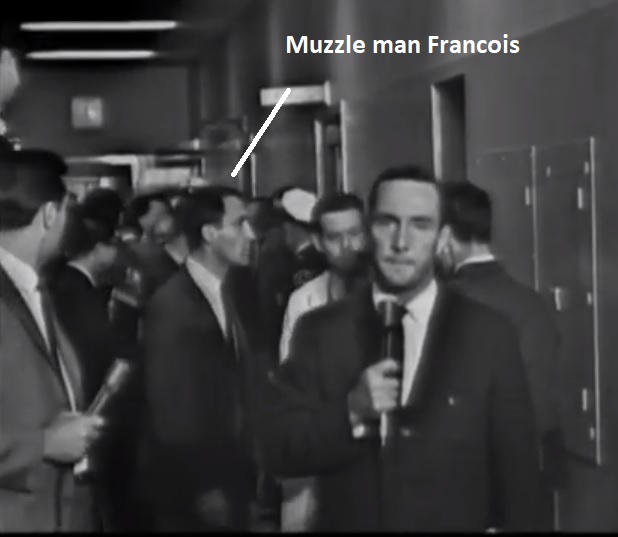 But, getting back to this, it is followed by Oswald's very vociferous denial. He really was adamant. 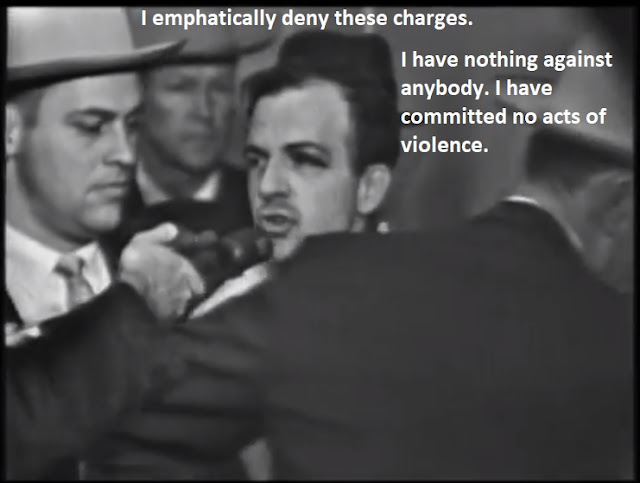 It is moving to hear Oswald say that, and a real reporter would have been moved by it. He would have been impressed by it. But, these reporters were just State lackies. Everybody wanted Oswald to be guilty. The idea that the State had so quickly, almost immediately, solved the case was the kind of news that they felt Americans wanted to hear. It was the most comforting news they could get at that point. "It's terrible that it happened, but at least it was just some nut, some crackpot."

Oswald said, "I have nothing against anybody." Hmm. That's a lot to say. It's not something I could say. I've got things against people. And if a man says something that sounds that sincere, and Oswald certainly did, why wouldn't you stop and give it pause? Why wouldn't those reporters stop, in the midst of the stampede, and say, "Wait a minute. Maybe he is innocent."

Here's the guy who put this up on Facebook:

12 hrs
Look at his face when he says "I emphatically deny these charges." 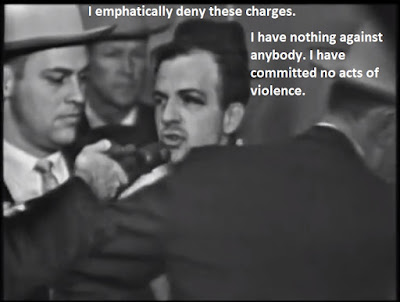 Exactly. Look at it, how impassioned he was, how fervent he was. It is the face of an innocent man.