I am enjoying a nice correspondence with Dr. David Mantik, and just this morning, December 30, 2019, he wrote the following to me:

"Of course the Backyard photos are fake."

I hope you realize that I wouldn't put words in his mouth.

This was my response to him:


Thank you, David, but also please consider that JFK was shot in the back at the time of the Croft photo.

The proof is that they put a screener over his back right where he got shot. It looks like a little wall there. It's attached, so take a look. 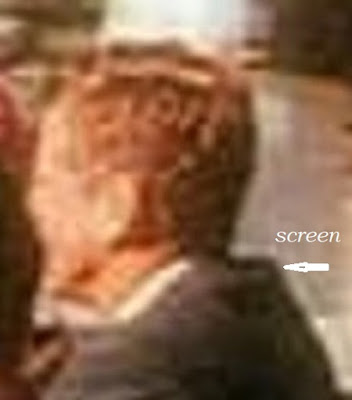 And when you look at the whole photo, you can see that JFK isn't right. He isn't waving at the spectators. He looks extremely stiff. Look at his posterior cervical tension. He is under stress there. And then, the whole image of Jackie is wrong. Look at the extent of her left cervical rotation. It's about 90 degrees! Turn your head left and see how far it goes. It doesn't go that far. And what people do, instinctively, is turn their whole body, so that they don't have to turn their neck so much. So, that's fake too. 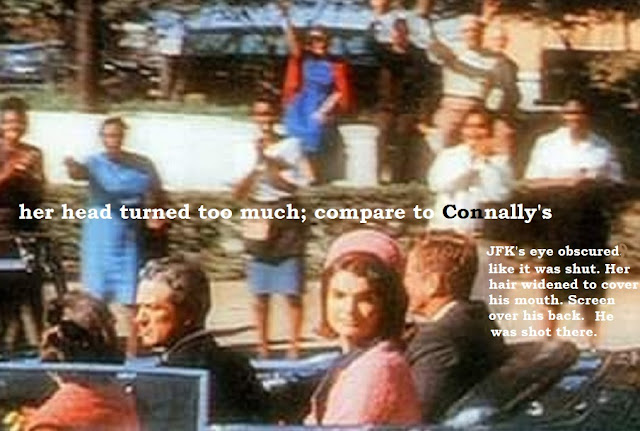 He was shot there, but only in the back. The shot to his throat occurred behind the sign, although the real sign was not as big or as obstructing as we see in the Z film.

The Z film has it that Kennedy was smiling and waving until he passed behind the sign and then he got shot for the first time. No! He was shot in the back higher on the hill, and they cut that whole section out of the film. That's why he reaches the sign so fast. The last photo shows the part that was cut out. 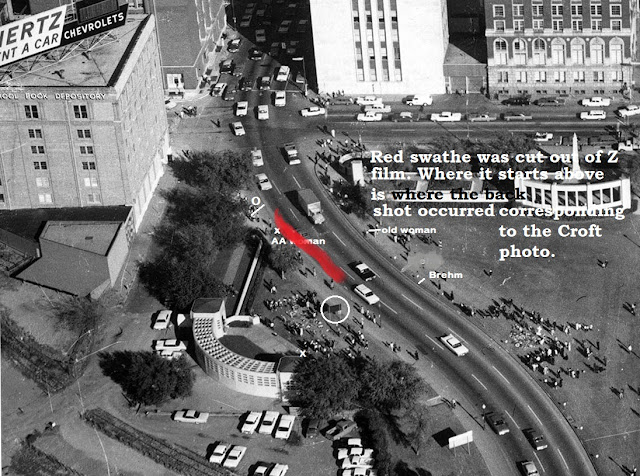 Please consider this and share it with Doug. Thank you.  Ralph