After the savage atrocity of the evil Trump regime,  I am returning now to something I have been preparing to do for some time: name the neurotoxin that was shot into JFK's back: it was strychnine.

"Strychnine interacts with chemical receptors on motor neurons, those that control movement. Electrical signals are sent along nerves but at the junctions between nerve cells, chemicals (neurotransmitters) are released to pass on the message. Two neurotransmitters are important in the case of strychnine: acetylcholine, which is the “go” message telling the adjoining nerve or muscle cell to fire, and glycine, the “stop” message, which tells the nerve not to fire. The balance of these two chemicals prevents false signals triggering nerves to fire and muscles to spasm. Strychnine attaches to glycine receptors and blocks the stop signals. The result is that the slightest stimulus can cause the nerve to fire or the muscle to contract." 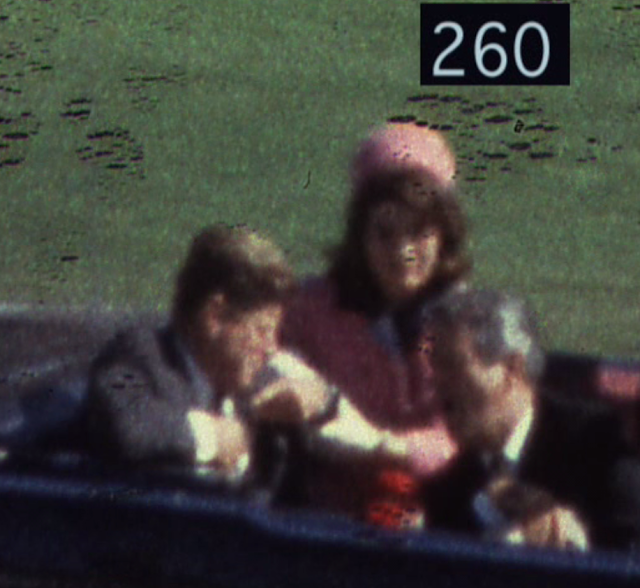 Jackie is grabbing him the way she is to try to get him to relax and lower his arm, but he couldn't do it. He is in spasm, and it is not from the physical trauma. There was no damage to JFK's spinal cord. It is from the poison in his system. This is Dr. Cinque telling you that you are looking at a neurologically impaired man, one who has been poisoned.

Now, let's move on to the Church Committee.

In 1975 a congressional hearing revealed the CIA had numerous top-secret weapons including a gun that became known as the “CIA heart attack gun.”

According to Mary Embree, a former CIA employee, she was asked to help develop an “ice gun”. The CIA asked her to help find a poison which when administered would mimic a heart attack in a person but remain undetectable.
She said the heart attack gun reportedly could pierce through clothing, leaving no signs of impact on the skin except a small red dot. The targeted person would feel nothing beyond a slight sting, comparable to a mosquito bite.
In the 1998 video interview Embree said, “The poison was frozen into some sort of dart and then it was shot at very high speed into the person. When it reached the person it would melt inside them, and there would be a tiny red dot on their body, which was hard to detect. There wouldn’t be a needle or anything like that left in the person.”
The weapon, a modified Colt 1911, was mentioned during the infamous Church Committee probe in 1975, officially known as the United States Senate Select Committee to Study Governmental Operations with Respect to Intelligence activities. Footage from the probe in 1975 has gone viral in recent years, after being shared by historians and “conspiracy theorists."

In a video from the 1975 hearing, Senator Frank Church asked CIA director William Colby, “Does this pistol fire the dart?”
Colby replied, “Yes, it does, Mr. Chairman, and a special one was developed which, potentially would be able to enter the target without perception.”
Colby also revealed the toxin would not appear in an autopsy—so there would be “no way of perceiving that the target was hit”.

Additionally, Colby disclosed a bit more history of what might have led to the creation of this gun. He stated that in 1952 the CIA began a top- secret research program, code-named  MK Naomi, partly to find countermeasures to chemical and biological weapons that might be used by the Russian KGB. CIA researchers came up with an array of James Bond-like weaponry that could use shellfish toxin and other poisons as ammunition. The Naomi Project operated in such secrecy, Mr. Colby said, that he learned of it only earlier this year when a former agency employee brought to his attention that two poisons had been kept in defiance of a Presidential order.
Colby ordered an investigation into the poisons which found a seldom used CIA room that the Times reported contained “19 other lethal substances in addition to the shellfish toxin and cobra venom. These included poisons such as STRYCHNINE and cyanide. There was also a wide range of ‘incapacitating’ materials including those that lower blood pressure, cause temporary amnesia and impair kidney function.”
Other theories have linked the weapon to the untimely and mysterious deaths of other public figures as well. The list includes: Clay Shaw, J. Edgar Hoover, Earlene Roberts, and Marilyn Monroe. There have also been speculations that former president John F. Kennedy had an unexplainable wound among other more conventional bullet wounds, after his assassination in 1963.
Now, from the CDC:
ROUTES OF EXPOSURE: Strychnine can be absorbed into the body by inhalation or ingestion. It can also be injected into the body when mixed with a liquid.
Here is a link on the hypodermic injection of strychnine. Think about what hypodermic means. It means just under the skin, immediately under it. They were doing it in cases of paralysis- to try to get weak, flaccid muscles to contract.
https://chestofbooks.com/health/materia-medica-drugs/Roberts-Bartholow/Practical-Treatise/Hypodermatic-Injection-of-Strychnine.html
Here, it says that an intramuscular injection of strychnine which took effect within a few seconds.

The clinical effects of a patient that attempted suicide by administering two injections of strychnine by intramuscular route are described. A few seconds after the first injection, symptoms began with dizziness, lightheadedness, followed by seizures, with extended members, opisthonitus, and tetany.

I'll finish with another frame of Kennedy in the throes of his reaction to the neurotoxin. 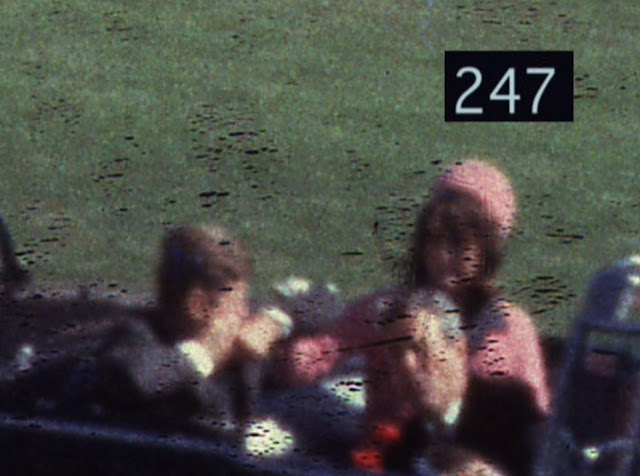 The most I could be wrong about this is that it was another drug, another neurotoxin, similar to strychnine. But, JFK was definitely shot in the back with the CIA's heart attack gun, loaded with strychnine or similar neurotoxin.