The lies never stop. But still, I am glad to have this image. 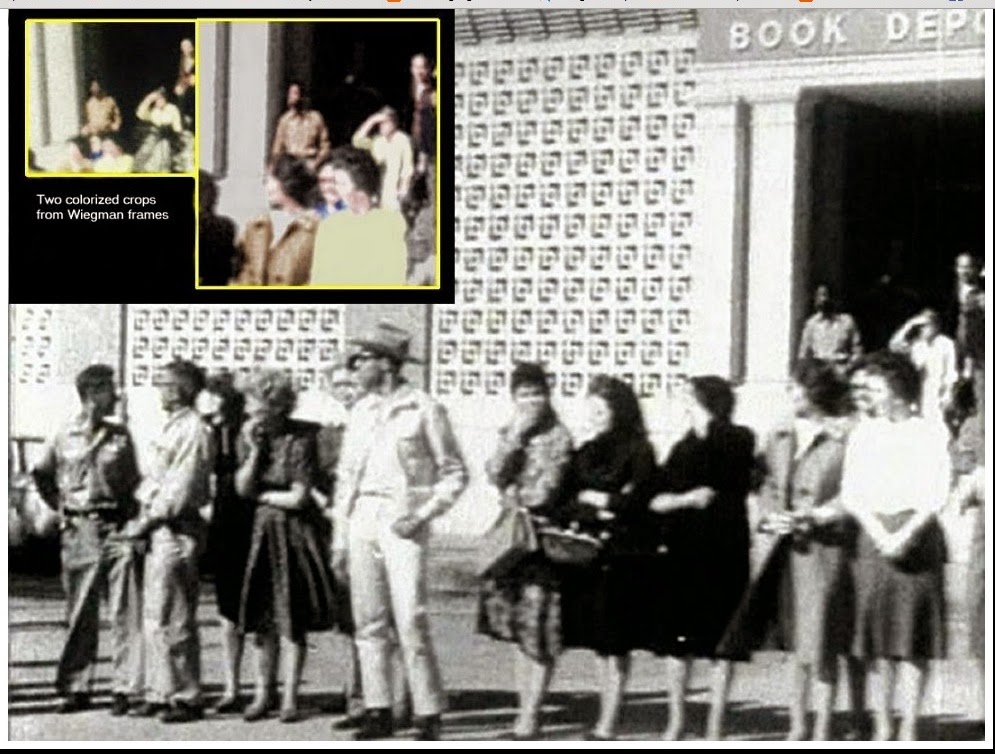 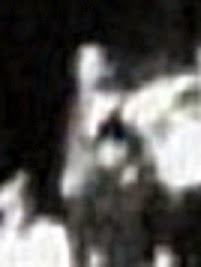 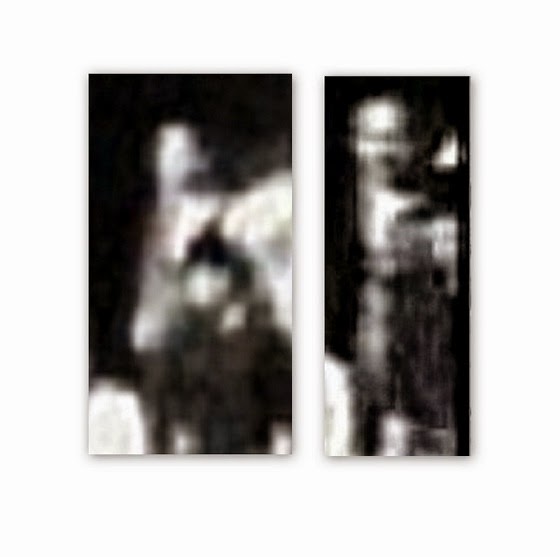 Skinny guy with rectangular head vs heavy-set, stuffed-looking guy with round head. Get it? Also, they have different shaped shirt sprawls; on the left, it's v-shaped and on the right, it's r-shaped.

It was only a few seconds later, so why would Doorman (whoever he was) go from being turned and looking at Kennedy (who was down the road to his right) to staring straight ahead like a Cigar Store Indian? It was only 3 seconds later. Was he going into an Om state to mourn Kennedy, like one fool said? Idiot.

Then there is another version in which the Wiegman Doorman looks different yet. We could call him Weigman Doorman 3, but really, it is just a distorted version. It's on the left below. 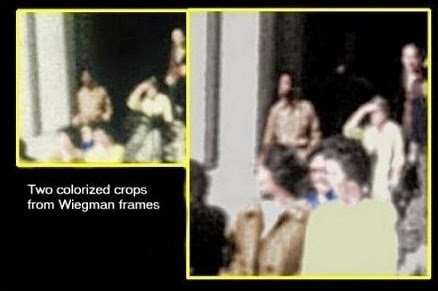 Can't they see how distorted that image is on the left? Look at the shape of his head. He doesn't even look human. What is the point of colorizing it? Here is how he really looked: 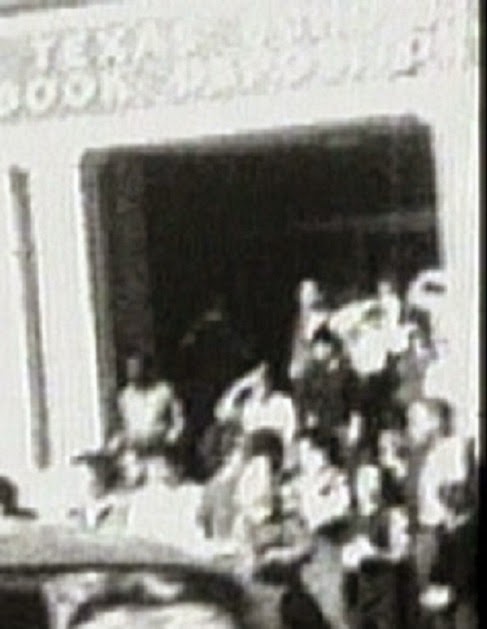 You always have to use the best version of an image. You can't settle on a distorted one. But who knows, maybe they distorted that other one deliberately just to give him a rounder head like the 2nd Doorman.  When the blood is flowing, the lies flow with it.