This is what Backass put up, and he did me a favor.  That's because when honest, uncorrupt people see this, they're going to think the same thing I think, that it's the same guy, Lee Harvey Oswald. 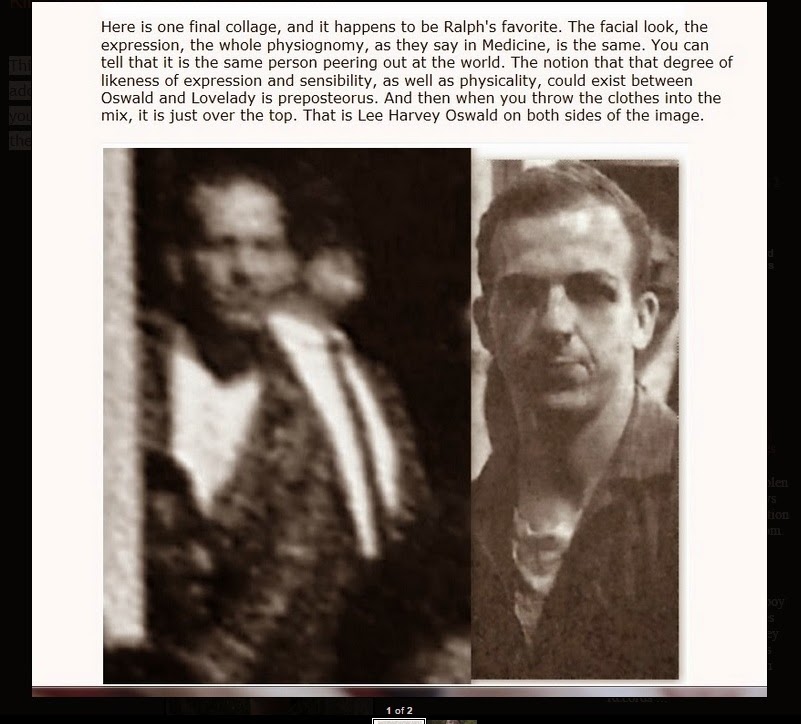 You can't talk your way around this, Backass. Don't you know that? Snide remarks don't win the day- not at the end of the day. It is the same guy, Lee Harvey Oswald, wearing the same clothes. It isn't Billy Lovelady. 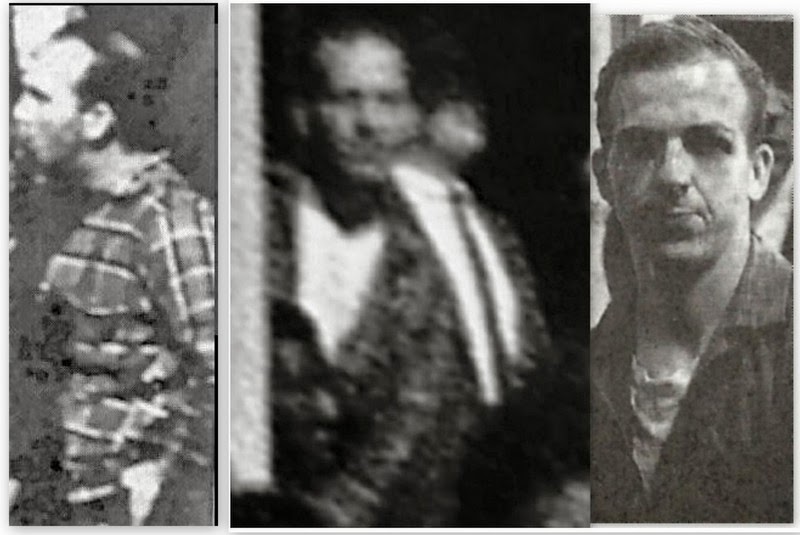 But, here is an apt comparison. Here is the match that Backes considers unimpressive: 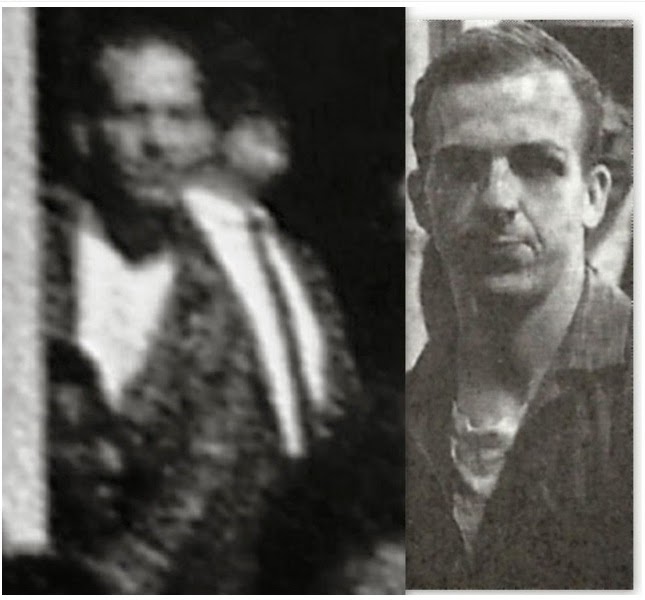 And here is the match that Backes finds impressive: 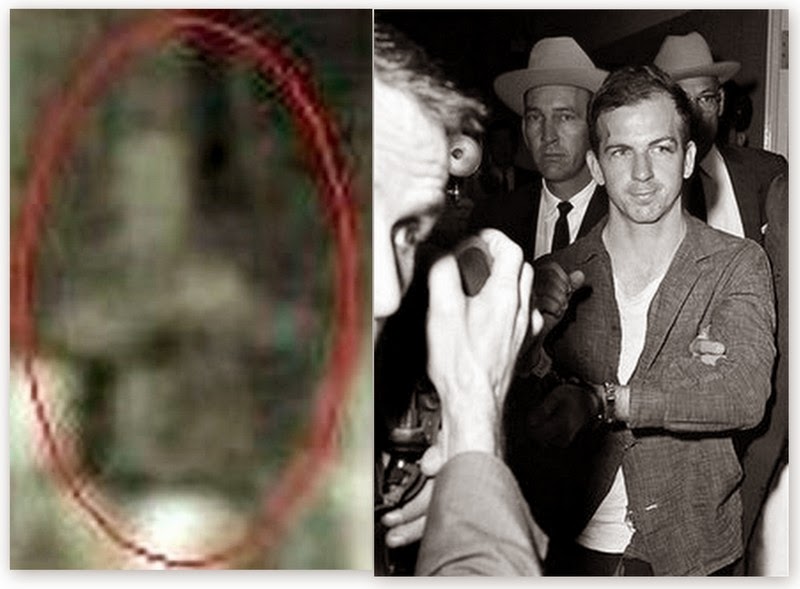 Backes, you soak in the blood of John Kennedy every day of your miserable life. You are exposed as the traitor, the apostate that you are. But, keep putting my collages up. It's fine by me. That's because they speak for themselves.

And this is a one-way street. Nobody is going to look at them and see that it's Oswald in the Altgens doorway and then change his mind. Not even Judyth Baker did that. There is no doubt about which way this is going. It's going toward the universal recognition that Lee Harvey Oswald was innocent because he was standing in the doorway a time of the shots- as the Man in the Doorway- which was first recognized on November 22, 1963.  It's why they took his shirt away. 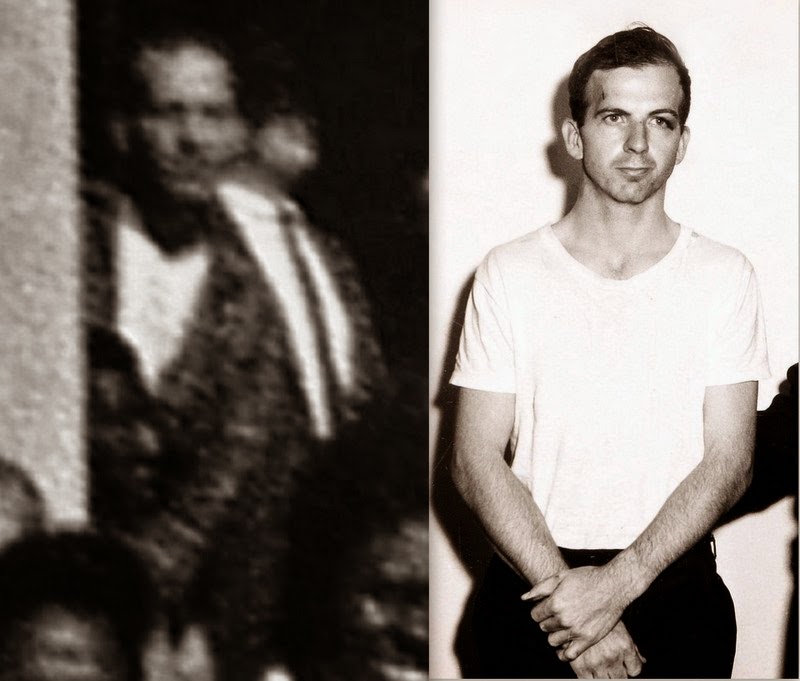