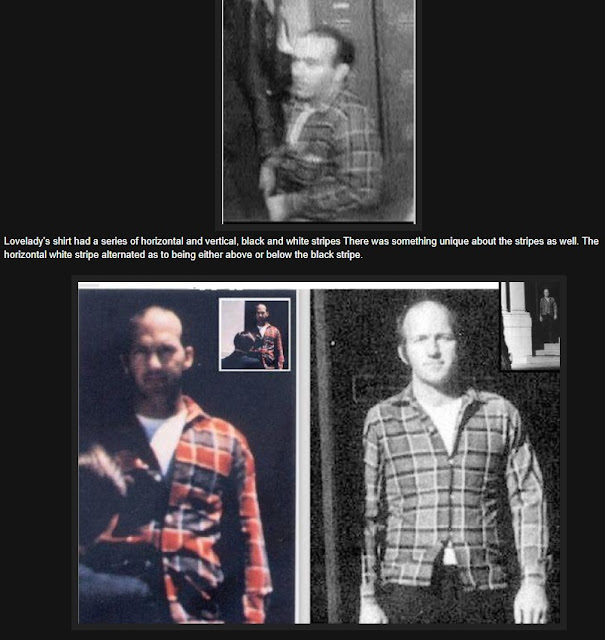 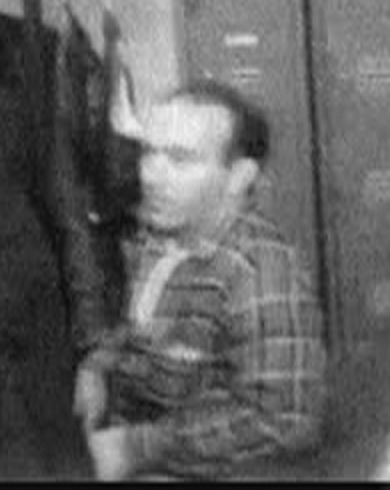 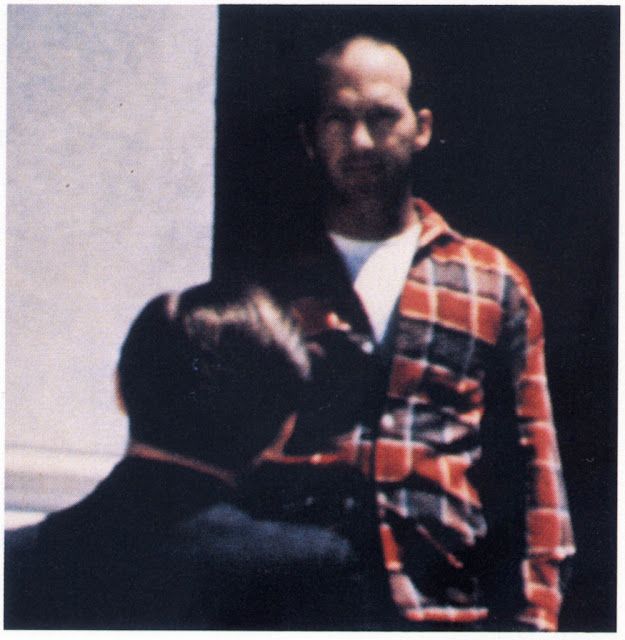 Does that look like the same guy to you? The first guy looks like an Olympic weightlifter, doesn't he? How heavy were those boxes at the TSBD, and was Lovelady stacking them by hand? Three at a time? The second picture was only 1967, so what happened to his muscles? And, I can understand a man's body getting thinner, but how does his head get thinner? And compare the shirts. There is a pocket stuffed with a pack of cigarettes above, but no visible pocket at all below it. I understand that pockets can lie flat, but that's usually when the shirt is new, and this shirt was old in 1963. Mrs. Lovelady said that she bought it at a thrift store. So, it was well-used before Lovelady got it. And if he had the habit of keeping his cigarettes there, and I emphasize that cigarette smoking is a habit, then the pocket should have been well-stretched by 1967. So, did he iron it flat? But, why would he do that?

Then, there is this picture, which was reportedly taken by Robert Jackson in 1971. 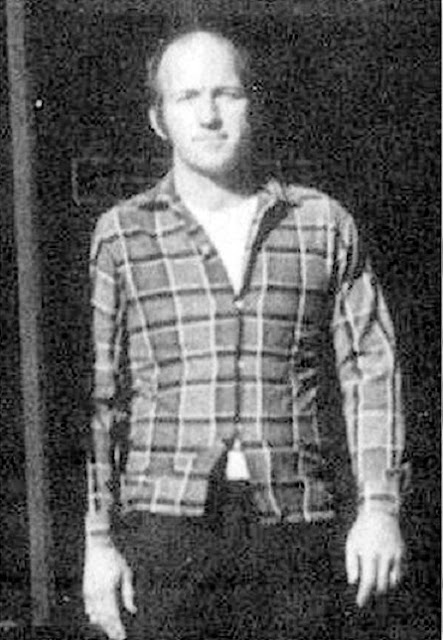 How did he wind up with buttons on both sides of his shirt?

And notice that the button at the junction of the V is like a puzzle. What side of the shirt is that button on?

And what about the bottom button? What is going on there?

We'll come back to this.