bpete and Robin Unger are having a wild email exchange with somebody, but it isn't me. The threats are going back and forth, and with plenty of raunchy language.

I have not been writing to either one of them, but bpete is saying that the emails had better stop- or else.

Well, don't look at me. I can't stop something I never started.

It would really be Machiavellian of me to deny doing it all this time, when all the while I was really doing it.

So, do whatever you want, bpete. I don't care. I'm not going to lose any sleep over it. But just remember this: it isn't going to get Oswald out of the doorway. And that's the crux of the matter. You despise me. I despise you. So, fucking what. That doesn't change the facts. And the fact is that Lee Harvey Oswald stepped outside with the others to watch that Presidential motorcade. 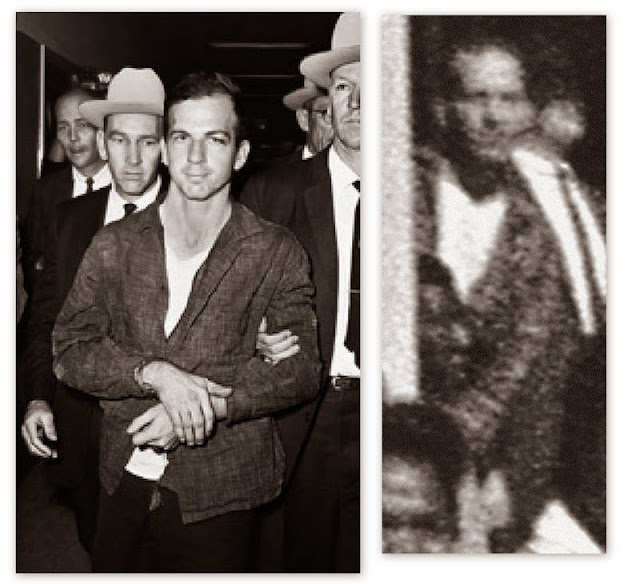 They changed his hair, for sure. They gave him Lovelady's hairline from an earlier time. But everything else about him- from his eyes on down- is Oswald, pure Oswald. You can no more get Oswald out of the doorway than you can get stripes off a zebra.