Well, after seeing this collage, bpete has NOT said that Guy Rose was the disputed figure on the sidewalk in front of the TSBD, and that leaves George HW Bush as the only contender there is. 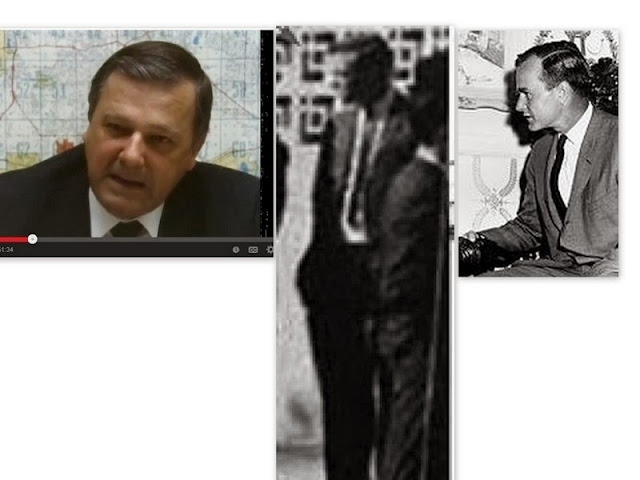 And after I posted the image of Rose on McAdams' site, no one there has had the nerve to claim that it's Rose any more either, and previously there were several.

It was Bush, and there is no doubt about it.  Above is a much better match than most of us would have to earlier pictures of ourselves. It is spot-on. That is him: George HW Bush.

The others claiming it was Rose did so without even providing an image of him.They just flapped their lips. But, their lips went silent after I posted his image.

So, one small JFK lie has bitten the dust. If you ever hear anyone say that the tall lanky figure outside the TSBD was Detective Guy Rose, I hope you will show them this collage. And it shows that exposing the facts of the JFK case to the light of day is all it takes to destroy the vicious lie that Oswald killed Kennedy. As you know, he was standing in the doorway at the time.