Now that I'm on blogger, I can show you that gif from the Towner film in which the mother who is holding the baby is seen waving:

You see her flickering hand, right? She's definitely waving, right? Well, in the isolated still from it, not so  much. 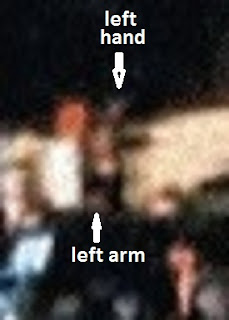 I tried it many times, and I could NEVER get her arm to visualize as waving in a still. Feel free to try it yourself. You see her hand flickering in the gif, but not here.

And what have we got here in this still? It looks like her left arm is down where it belongs holding that baby, but there is a little something extra on top- which is the flickering thing they added to represent her waving hand.

That woman and baby were NOT real.  They weren't there. They are art. They were built around that tree. 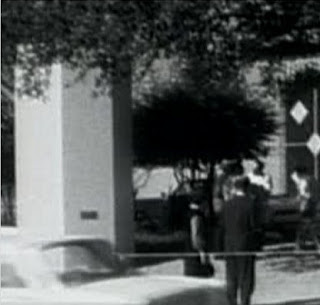 They don't even show at all in the various versions of the Towner film that show online. Such as this one: 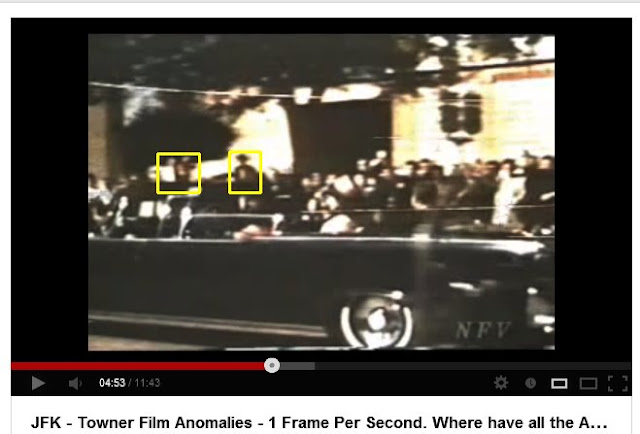 And please, don't tell me they are faintly there because it doesn't reach the threshold of being there. Here's another: 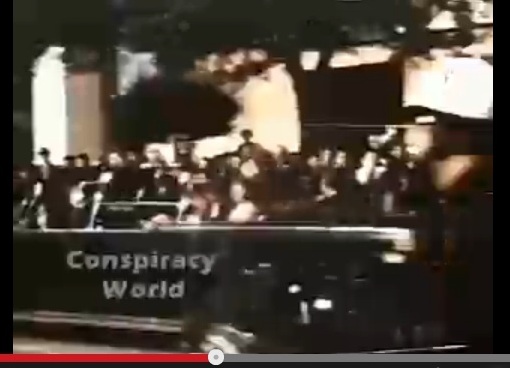 Where did that gif from? I don't know. You'll have to ask Robin Unger. He comes up with all kinds of stuff that nobody else has.

Here is another rendering of the woman and baby: 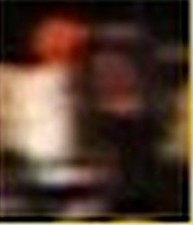 And the reason they wanted her was to bolster that other fakery from Altgens. The Altgens Woman and Boy are not real either.

And by the way, Backes: what's dat bone! Martin Hinrichs didn't agree with you that it's part of the boy's jacket- or coat, as you mistakenly call it. He didn't color it the same as the jacket. He was so perplexed, he didn't know what to do with it, so he didn't color it at all. 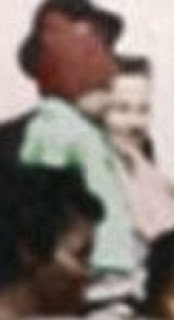 And in case you're wondering, that wasn't the shape of that black woman's nose. She got distorted when they put the Woman and Boy in there.

Folks, it's all fakery. The Altgens Woman and Boy, the Towner Woman and Baby, both faked.  They weren't there. There is no doubt about it. And this isn't certain, but there is a good chance that the Fedora Man above was turned and looking and facing right at Doorman.