I received this in an ongoing correspondence with Pete Mellor, of Dealey Plaza UK and the OIC:

Thanks Ralph, and by the way, the OIC page looks really good with all the printed quotes from Jim Marrs, Jim Garrison etc.  Pete

Thank you, Pete, and by the way, everybody, if you haven't looked at the OIC home page in a while, we do have quotes from famed JFK researchers endorsing Oswald in the doorway.

The truth is that the doorway was always the most logical and compelling place to place Oswald during the shooting- once you rule out the 6th floor, which of course, you can- and there is no place else to put him.

The only other place cited was the 1st floor lunch room, but that is ridiculous too because Oswald said he ate his lunch in there early during the lunch break when Jarman and Norman were milling around. He didn't say that he ate with them (Oswald never ate with anyone) but just that he saw them while he was eating. But again, that was early in the lunch break right around Noon.

Here is a clip of the late Harold Norman saying that the last time he saw Oswald was at 12 Noon. 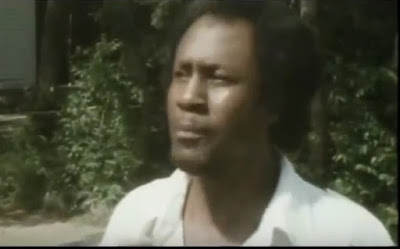 And that's in the doorway as Doorman, and I mean the Doorman of the Altgens photo and the Wiegman film. (but only the 1st Wiegman Doorman, the 2nd being fake and put in there precisely because Oswald left for the lunch room) 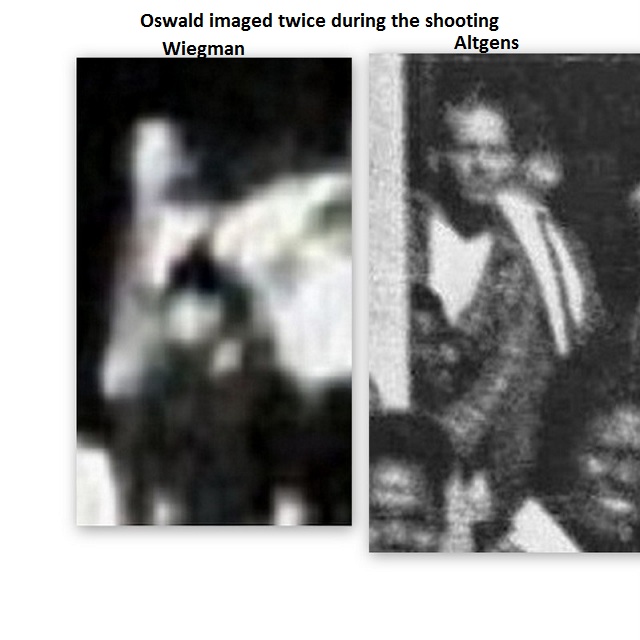 And of course, he wasn't Prayer Man or Prayer Woman, if you cotton to Duncan MacRae's idea that he was a she. Really, the whole Prayer Man idea is ridiculous since the figure looks nothing like Oswald and is dressed nothing like Oswald and is there at a time that Oswald could not possibly have still been there. Even the Prayermanites came to realize that it's a problem for Oswald to still be there when Baker was reaching the steps since he had to beat Baker to the lunch room. So, their solution to that is to just deny that Oswald ever went to the 2nd floor lunch room, claiming that he spent the time hiding in a closet or something. Well, that is ridiculous too. It states in the Fritz Notes that Oswald admitted going to the 2nd floor lunch room. So, why would he lie about that? He wouldn't. He couldn't. He didn't.

You should think of Prayer Man as a deliberately placed heat sink. The reason why the Ops all bow to it is because it provides an alternative to Oswald being Doorman- the Altgens Doorman, which he was. Prayer Man is just a noisy distraction.

But, Oswald as Doorman is back, and this time, he means business. 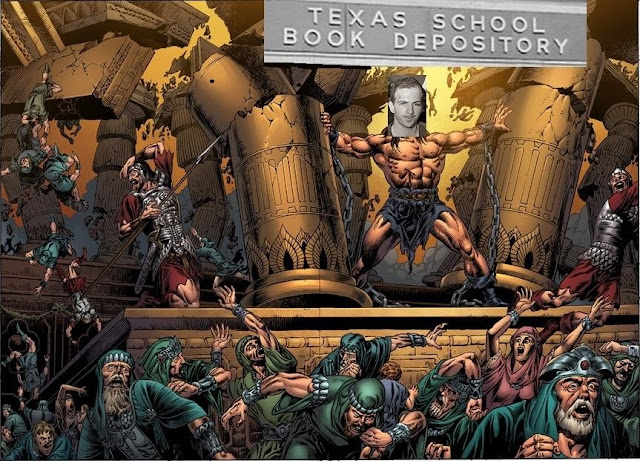 And the people like Joseph Backes who continue to deny it, while pretending to be Oswald supporters, really seem like dinosaurs.