I have mentioned before my respect for the work of William Westin in The Spider's Web: the TSBD and the Dallas Plot, and now I am going to post something by Russ Baker that goes along the same line: exposing the role of the TSBD as a CIA front company, deeply involved in the plot to kill Kennedy.

It is odd, isn't it, that Ruth Paine should learn about openings at the TSBD when it happened to occupy a building that was owned by D. Harold Byrd who already had a connection to Oswald as founder and patron of the Civil Air Patrol, to which Oswald belonged as a youth. That's what you call a coincidence, and I think I have made my position on JFK coincidences perfectly clear: I don't believe in them.

There is a very interesting perspective given here on Wesley Frazier, that he was being manipulated BEFORE the assassination. It doesn't go as far as suggesting that Frazier was brought in as an alternate patsy- in case things didn't work out with Oswald. But, it leaves that possibility open. 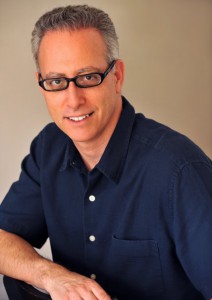 The process that resulted in Oswald’s hiring at the Book Depository is yet another facet of the story that has gotten short shrift. Usually his presence in the building is portrayed as an accident of fate. Yet recall that the owner of the building was one D. Harold Byrd, a right-wing oilman, founder of the Civil Air Patrol, avid Kennedy hater – and a friend of both Clint Murchison and George de Mohrenschildt. This all could be coincidence, but surely it is the kind of coincidence that invites a few more questions. D. Harold Byrd
Yet when I began researching Byrd, I was stunned to find that his name did not even appear in the vast majority of books by Kennedy assassination authorities, nor was he even interviewed by the Warren Commission. I found further that not only had Byrd employed de Mohrenschildt at his Three States Oil and Gas Co. during the 1950s, but that the connection went deeper still.
Documents I studied show that in September 1962, just weeks before he began to squire Oswald, George de Mohrenschildt incorporated a charity ostensibly devoted to the study of cystic fibrosis – and put D. Harold Byrd’s wife on the board. Mrs. Byrd’s role on the charity board would have created a convenient excuse for de Mohrenschildt to have been interacting with her husband during this period. Other board members included Paul Raigorodsky, J. Edgar Hoover’s good friend and the White Russian community’s godfather.
On May 24, 1963, in Dallas, the U.S. Air Force presented to D. Harold Byrd its Scroll of Appreciation for his work with the Civil Air Patrol (where Oswald was a cadet). Among the Air Force generals he counted as friends was Charles Cabell, Allen Dulles’s CIA deputy director, key Bay of Pigs figure, and brother of Dallas mayor Earle Cabell, also a good friend of Byrd’s.
So how did Oswald end up working at this building that belonged to a friend of de Mohrenschildt’s? The most widely accepted explanation is that Oswald got the job indirectly – via Ruth Paine, the new “friend” who had come to him through the efforts of the de Mohrenschildts, and who was providing a home for Oswald’s wife, Marina, and their daughter. Paine purportedly heard about the Book Depository from a neighbor, one Linnie Mae Randle, whose brother already worked there.
But missing from these accounts is that the neighbor’s brother had obtained his job there just slightly ahead of Oswald. Moreover, the brother had moved from a small Texas town to Dallas shortly beforehand.
Given what we now know about George de Mohrenschildt’s close relationship with Byrd, owner of the Book Depository building, and the chain of events that followed, it is plausible that Oswald’s hiring could have been deliberately orchestrated through this chain to obscure the underlying direct connection.
Then there is the intelligence background of Paine’s family, which was in addition to her mother-in-law’s ties to Dulles’s girlfriend. There was more to this simple Quaker housewife than meets the eye. When Marina Oswald was asked by the Orleans Parish grand jury why she had cut off contact with Ruth Paine after the assassination, she said:

I was advised by the Secret Service not to be connected with her, seems like she was . . . not connected . . . she was sympathizing with the CIA. She wrote letters over there and they told me for my own reputation, to stay away.
Is it possible that the brother (Wesley Frazier) was hired as a player – or in spycraft parlance, a “cut-out” – who could “refer” Oswald to a job in this particular building? This might seem speculative, but other pieces of the puzzle do point in that direction.
I was surprised to learn, for example, that the building was almost completely devoid of tenants until about six months before the assassination. I was even more surprised to learn that the very name, Texas School Book Depository, is misleading. It sounds like a building where the state of Texas kept schoolbooks. Dealey Plaza
But in fact, Texas School Book Depository was the name of a private company, which had operated out of another location before it moved into the building on Dealey Plaza in the spring of 1963. Until then, the structure was known as the Sexton Building.
The officers of the Book Depository Company were – like Byrd, Murchison, and their core group – outspoken critics of Kennedy, and also major military buffs. Its president turned out to be one Jack Cason, who was also the long-time head of the local American Legion post, a leading forum for hard-line military views.
The company, like all publishers and distributors of books that shaped the perceptions of young Americans – of all Americans – was of keen interest to the propaganda machinery of the U.S. government, and the intelligence community. Allen Dulles was even a member of the advisory board of Scholastic Magazines, whose publications were distributed to schoolchildren throughout the country.
These operations at least seem to offer a plausible explanation of why a man like Cason, affluent and socially connected, deeply involved in anti-Communist and military-themed activities, might choose to bypass more traditional pursuits such as oil and banking in favor of the textbook distribution business.
The CIA was deeply involved, abroad and at home, in creating and distributing literature that would promote democratic Western values in the cold war battle for hearts and minds. As the Senate’s Church Committee would note: “In 1967 alone, the CIA published or subsidized over 200 books, ranging from books on African safaris . . . to a competitor to Mao’s little red book, which was entitled Quotations from Chairman Liu.”
One such book, produced by the Domestic Operations division – the one that was monitoring Oswald – told the story of “a young student from a developing country who had studied in a communist country.” According to the CIA, that book “had a high impact in the United States.”
The important point here is that a division of the CIA was producing general nonfiction books, and it would not be inconceivable that it was also interested in the textbooks distributed by companies such as the Texas School Book Depository.
Allen Dulles even infiltrated that paragon of objectivity the Encyclopaedia Britannica, whitewashing the agency’s Bay of Pigs fiasco in an article in the 1963 Book of the Year.
It is worth noting that D. Harold Byrd, a big-game hunter, decided to take his first-ever foreign safari – to Africa – during this period. That removed him from Dallas precisely when the assassination took place. D. Harold Byrd on safari, circa November 1963
Besides Byrd’s far-right politics, his founding role in the Civil Air Patrol, and his ties to de Mohrenschildt, he evidently rejoiced in Kennedy’s assassination – as suggested by the macabre fact that he arranged for the window from which Oswald purportedly fired the fatal shots to be removed and set up at his home.
Posted by Ralph Cinque at 7:51 AM