Wow! I just read this letter from Vince Salandria, which was a response to something that Larry Rivera had written. But, all need to read it because this is Vincent Salandria talking to America. He knows of what he speaks, and he's been speaking it since November 24, 1963.  Notice I didn't say November 22.  That's because of something else Vince told us in another letter, which was that it was only when Oswald was killed by Jack Ruby on November 24 that he, Vince, put it all together and realized what had happened, that the execution of John Kennedy was an act of
"the national security state." 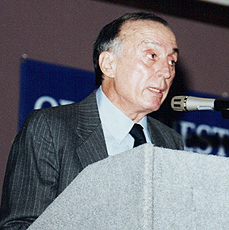 Dear Larry,
I just read your article. You have done excellent work. But permit me a serious criticism. You have given me far, far too much credit.
Finally, I do not want you to have the impression that I do not consider this micro analytical work of Oswald in the doorway of the Texas Book Depository Building as unimportant. On the contrary, I view it as critical for the citizenry to learn that Oswald was in fact in the doorway of the building at the time President Kennedy was being executed.
Once that simple fact of Oswald in the doorway is discerned by the public, our people will be able to understand the meaning of the JFK assassination. When the people become convinced that Oswald was in the doorway, and was not on the sixth floor of the Texas Book Depository sniping at President Kennedy, the public will recognize that he was a predesignated patsy.  It then will become manifestly clear to people that the Warren Commission report was fraudulent.  Our citizenry knows that no institution other than the powerful U.S.national security could have had the resources and control over our press and the institutions of government to cause them for more than a half of a century to promote and commit to the Oswald single-assassin myth.
Oswald in the doorway is a key through which the average citizen can open the door to the truth that our republic has been overthrown by a military-intelligence coup.
Regards,
Vince