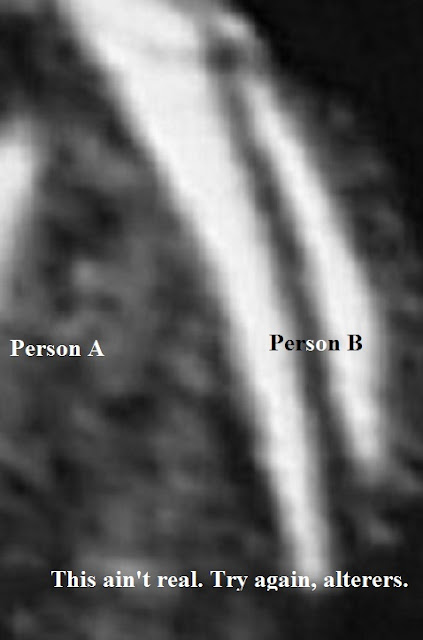 When we see people next to each other in a photo, but one is DEEPER than the other, from the camera's perspective, we know what to expect. We expect the deeper person to look relatively smaller because we know that more distant objects look smaller- to the human eye and to eye of the camera.  But, if the depth also involves an overlap, we know what to expect from that too. It is that the person in front will cover up- to some extent- the person in back. So, we would expect the person in front to be visually uncompromised, or you could say "whole." And, we would expect the person in back to be visually compromised, or you could say "not whole."

But, what exactly are we seeing here? Which one of them is "whole"?

What was the physical arrangement between those two people, as they stood in the doorway, to result in that photographic outcome? And whatever you think it was, you need to reproduce it with your own camera. When I tried it, I got what I expected. 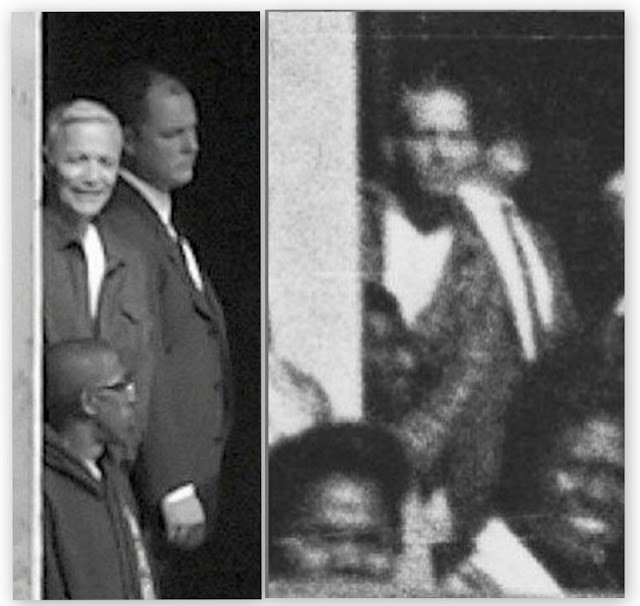 I get it about the depth, but do you, Backes? Because the man in back is deeper, because I am in front of him, partially, I am covering up part of him, but he is not covering up any part of me. You can't say that this below is a whole person.

Here is how it looked in the Altgens photo as it was published.

So, it's the opposite of what Backes said. The problem is that he has no depth perception, that he doesn't know how to recognize depth, that he doesn't understand how depth affects the objects in a photograph.
Posted by Ralph Cinque at 10:25 AM