Mother of God! Backes is actually claiming that the difference in coloring is due "high contrast build-up from the one on the left being a later generation." He's doing it again, just as he did before when he tried to rationalize the difference in coloring between these two. 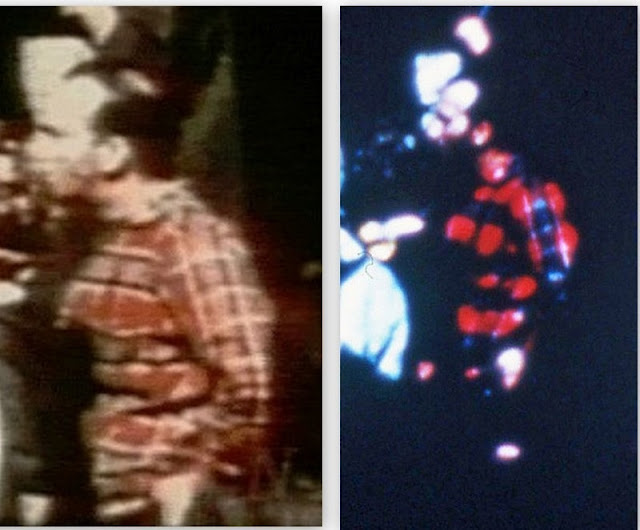 It's all innocent. Nobody did anything. You filthy, bloodied bastard. To you, the only thing officials did wrong was concoct a phony bus and cab ride for Oswald, somehow coming up with a phony bus transfer ticket by 4:00. 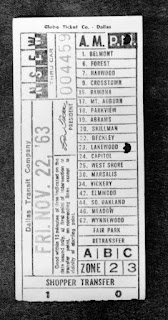 And no, the one in the middle was not blurred by me. Let's take it right off Backes's site. 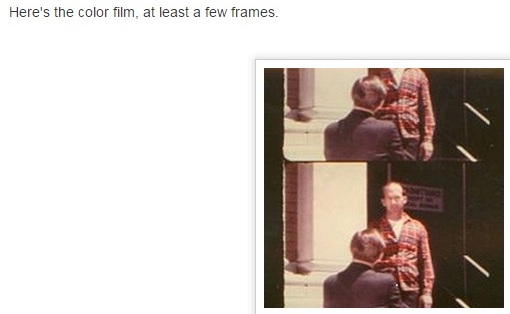 I screen-saved that from your page, Backes, and I did nothing to it. And it's not a few frames; it is less than 2 frames. Math never was your strong suit, nor was thinking. But that is definitely blurry compared to the other one. 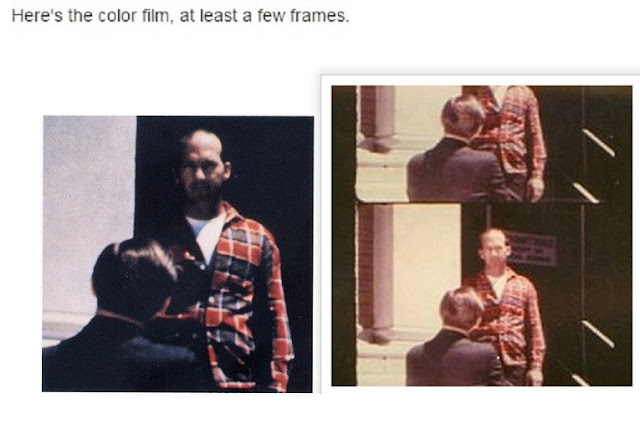 The image on the left, dark as it is, is sharper.

So, you can take your idea that I blurred the image and shove it the same place you shove your proscenium arches.

And let's not forget that the black and white version was presented like this: 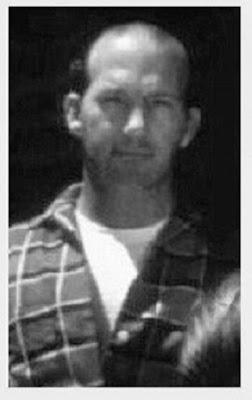 Flipped. Left-to-right flipped; the mirror image. And do you know who noticed it and unflipped it? That would be me. 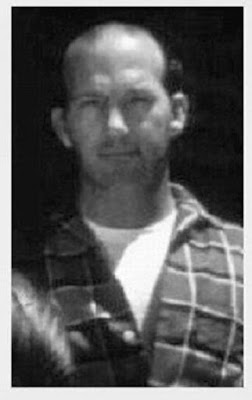 Left to you and Unger, the world would still be still be looking at that image flipped.  Paraphrasing Kevin Costner in JFK: we are through the Looking Glass, where up is down, black is white, and left is right.

And if that is not a camera of some sort in front of the face of the man in front of Lovelady, what was was it? 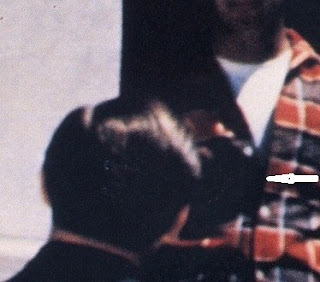