When I first got involved with this in 2011, one of the first things I did was find out where CTs were placing Oswald during the shooting. And I soon realized that the most common assumption was that he was in the 2nd floor lunch room during the shooting.

I'm not sure what it was based on, but perhaps it was Carolyn Arnold's revised statement in 1978 that she saw Oswald in the 2nd floor lunch room eating lunch on her way outside, so about 12:25. And, Oliver Stone depicted exactly that in the movie JFK.

Oswald contradicted Carolyn Arnold. He said he ate lunch in the 1st floor lunch room when Junior Jarman and Harold Norman were hanging around. That was well before 12:30.

We know that in her original testimony to an FBI agent, given just three days after the assassination, Carolyn said that she was out in front, and she turned around and saw Oswald between the two double doors; in other words: at the doorway.

The FBI agent put the time down as 12:15, and as with Bugliosi, it was probably chosen in order to leave enough time for Oswald to get up to the 6th floor and prepare for his ghastly deed. But, it's very likely that that time was designed by the FBI agent, not by Carolyn Arnold. It's well established that Carolyn Arnold was one of the last to get outside; she was not among the first. The idea that she was already situated outside by 12:15 is quite preposterous, and it conflicts with her later testimony.

But again, I found out that most people (who were allegedly Oswald defenders) were placing him in the 2nd floor lunch room at the time of the motorcade. But, no matter what they were thinking, they were apparently unaware that Baker first caught sight of Oswald in the vestibule leading to the lunch room. Oswald was just getting to the lunch room when Baker saw him. Oswald was just entering it at the time, and it is absurd to think that he was there a minute and a half before and was returning. The only logical assumption is that he was arriving there for the first time, and therefore, he was not there a minute and a half before. And let's note that the timing works out perfectly for Oswald to have been in the doorway at 12:30, to have left immediately, and then wound up on the threshold of the lunch room at the same time Baker reached it.

So, the idea that Oswald was in the 2nd floor lunch room at 12:30 sharp is totally and completely unfounded, and not just unfounded but preposterous.


So, that means that the most common place for people to assume Oswald was at 12:30 is actually off the radar; no chance, no way, no how.

And, the truth is, they had no business saying it without providing a reason why Oswald should be there and not watching the motorcade.

Surely, Oswald knew that Kennedy was coming. Everyone was talking about it. He was talking about it to James Jarman, and presumably, that is when he found out. He asked Jarman why people were gathering on the sidewalk, and Jarman told him it was because the President would be riding by. Then, Jarman detailed the direction he would be going: from Main to Houston to Elm to the freeway.

Like everyone, Oswald got off work at 11:45, which was 15 minutes earlier than usual. The idea was so that everyone would get their eating and drinking out of the way so that they would be ready to watch the motorcade at 12:25. As you know, it was 5 minutes late. So, why would Oswald put off eating his lunch? What grounds are there to think that he would be any less interested in seeing JFK than any other person who was there?

This is the synopsis offered for it:

Almost fifty years after the assassination of President John F. Kennedy in Dallas on November 22, 1963, the question whether Lee Harvey Oswald was the lone assassin, or not, remains one of the most controversial topics in modern history. In “Killing Kennedy”, Philip Coppens shows that Oswald was not the assassin the government claimed he was. Tracing all the evidence – the rifle, prints, bullets, etc. – he finds that the material that inculpated Oswald was not what was found on the scene of the crime. Indeed, the Dallas Police officers themselves, in testimony before the Warren Commission, said that they could not identify the objects as those recovered! There is even evidence – a photograph – that shows Oswald standing outside, watching the motorcade pass by!
Coppens shows that the Warren Commission hid behind a legal technicality, so that breaches in the chain of possession of evidence did not need to be considered when the Commission drew its conclusions and made Oswald the lone assassin. But he goes far beyond this conclusion and shows that we can identify the real assassins and who hired them; how, months before the assassination, they began to set Oswald up as a patsy, depicting him as a communist. This trail of disinformation, carefully placed by disgruntled CIA employees and Cuban exiles, guaranteed that President Johnson would order a cover-up: Oswald as the lone assassin. The end result is half a century of lies, which are exposed in this book.

I trust you caught the sentence: "there is even evidence-a photo- that shows Oswald standing outside, watching the motorcade pass by!"

Oswald was in the doorway, and we would have very good, sound, reasonable basis to believe that even if we had no image of him. But, in fact, we have two: 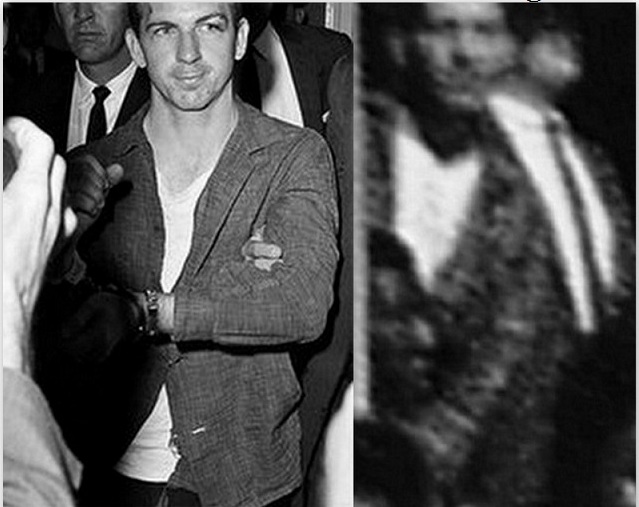 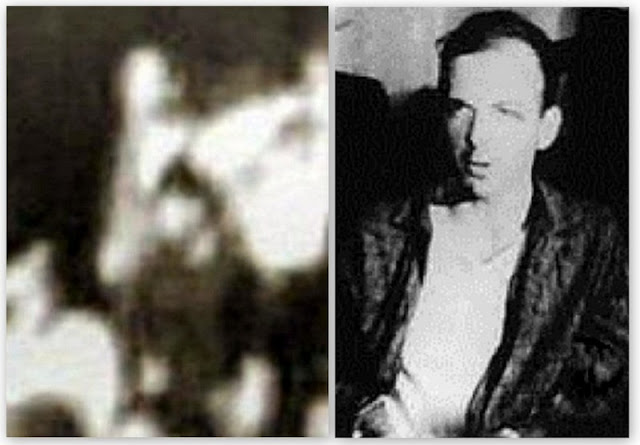 It is over for the people fighting this. Oswald was in the doorway, and that is a fact. That conviction among CTs shall continue to grow in that direction, like a snowball gathering more snow as it rolls downhill. It has already reached critical mass. It has already reached terminal velocity. And nothing is going to reverse its course again.