It's a strange picture that Bob Jackson took of Lovelady in 1971. 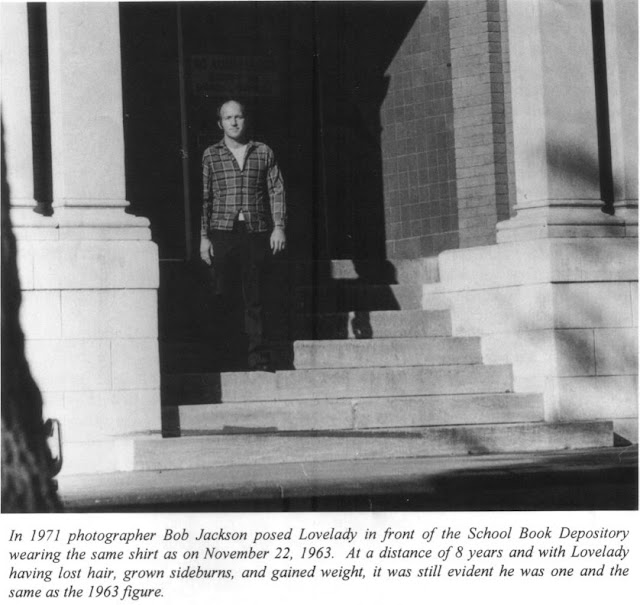 Why did Lovelady stand on the 3rd step when on 11/22/63, he stood on "your top level?" That's what he said. I realize there was a lot of shade in the doorway when this latter picture was taken, but Bob Jackson was a professional photographer, and he should have anticipated that. Don't you think that photographing Lovelady in the same spot was important? What was the point otherwise?

How come his hands are hanging so unevenly? I realize that if you are leaning to one side or the other, your hand will hang lower on the side to which you're leaning. But, I don't see him to be leaning all that much, not enough to account for this much difference. 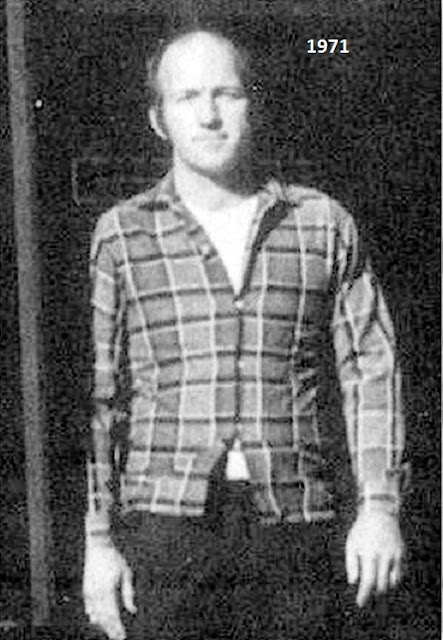 And why is his right index finger so long? 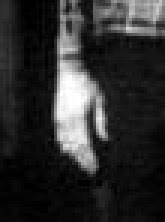 On men, the middle finger is the longest one. It's significantly longer than the index finger. Check your own hand. The index finger isn't even second; the ring finger is.  That is really weird.

On his left side, he's got his wrist internally rotated so that the dorsal side of his hand is facing forward. That's weird. And presumably, he's got his fingers flexed, but his index finger less so than the other fingers. What is going on there? On his index finger, I'm seeing two of his digits, the proximal and the middle phalanges, but where's the distal one? There's a joint missing. On his other fingers, we're just seeing the proximal ones, presumably because he's got his finger joints flexed, but why? That is a really weird look for a hand. And why do the two hands look so different from each other? 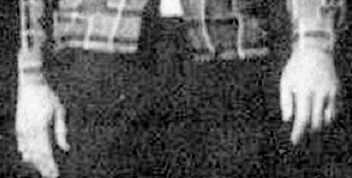 Most people are VERY symmetrical in their hands. Those two hands look totally foreign to each other.

What's going on with the upper part of his arm? Why is it all cinched up like that? That is weird. I can't imagine what he could be doing to cause that.

And what about the location of his shirt button? 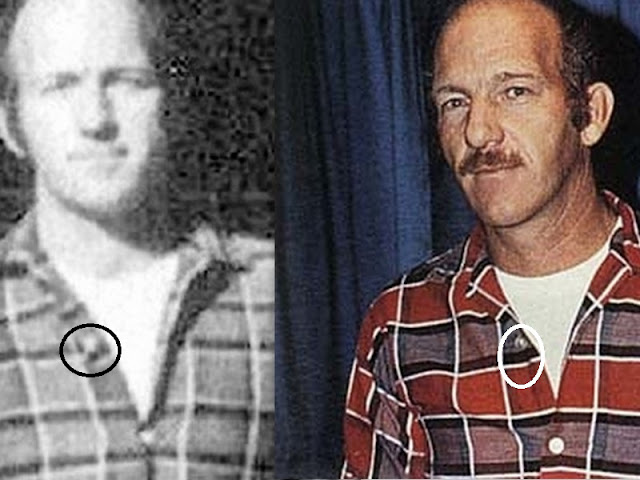 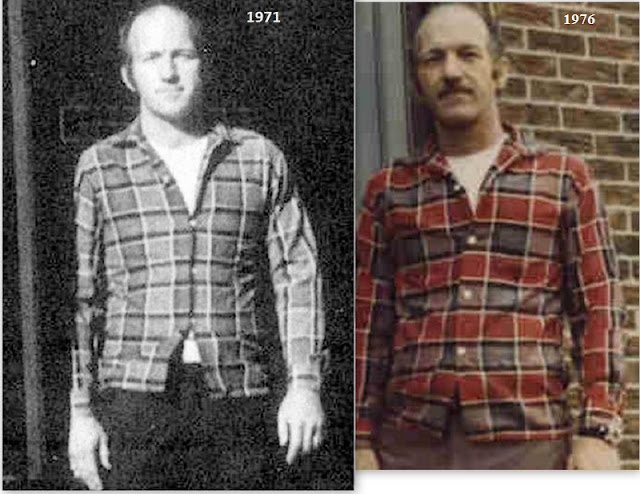 I find it strange that after losing so much weight, the shirt still fits him about the same. And what about the way the buttons are? 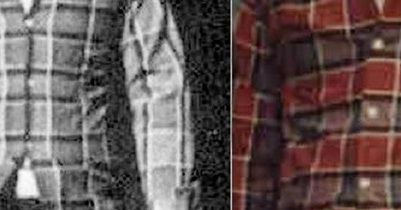 On a man's shirt, the buttons are on the right side. So, the left side of the shirt goes over the buttons, and the left margin of the shirt overlaps the right side a little, as we see on 76 Lovelady. But, what is going on with 71 Lovelady? There is a dark vertical line going down the middle, but what is that? To my eyes, it looks like the right side of the shirt is overlapping the left, if anything. Why does it look like that? And his buttons aren't located right. They don't put buttons that close to the edge. They would rip right off. The top button seems to be right at the junction. The middle button is touching the junction, and so is the bottom button. The alignment just isn't right. THEY DON'T PUT BUTTONS THAT CLOSE TO THE EDGE.

It just can't be right.

And what about his nose? 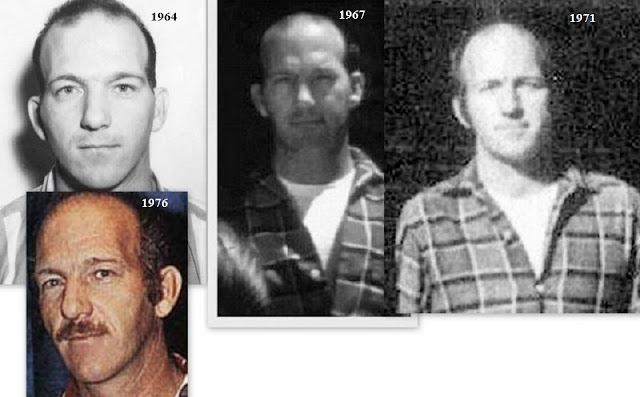 I see his 64 and 76 noses to be the same, with lots of bulbousness, a lot of cartilage. He had a real "hunk of clay" nose. But, the other two noses seem smaller, more chiseled, more refined. 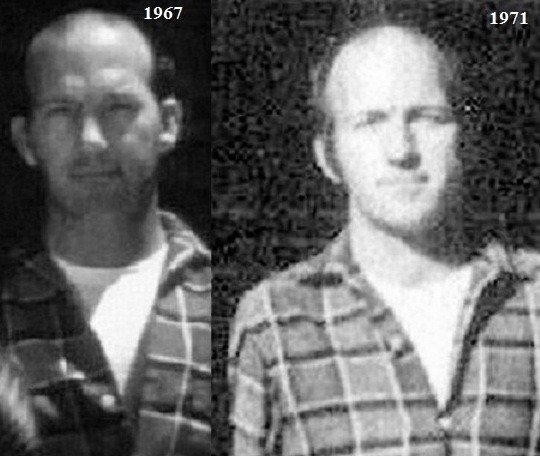 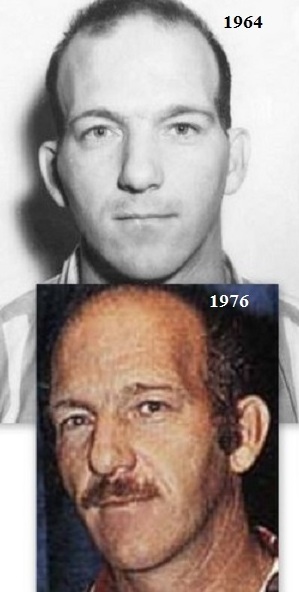