If it were to come out publicly that this is Rafael Cruz, he will not be able to say that he was just there to honor the President. That's because he was living in New Orleans at the time. That's another state. It is not credible that he would travel to another state just to watch JFK whisk by. 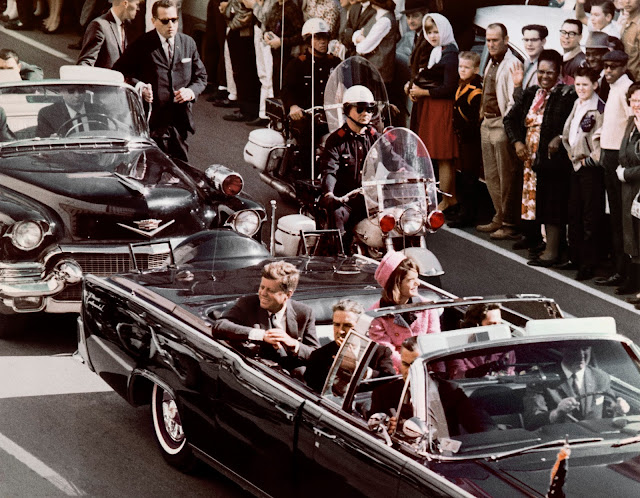 And one of two things are definitely true: either that is Cruz, or an amazing coincidence took place in that at the top of Dealey Plaza right before JFK was to ride into the Valley of Death, that a Cruz look-alike just happened to be there. 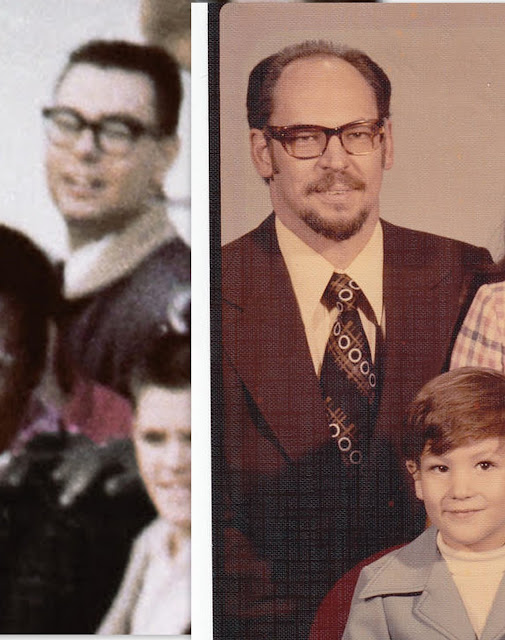 Here is a shot of him at a protest demonstration in Austin in 1959. They were protesting that the US government had given sanctuary to Batista when he fled Cuba. Well, of course they did; he was our man. We put him there. He was living a comfortable retired life in Florida until we recruited him to go back to Cuba and take over. All that oppression and torture that Rafael experienced in Cuba? It wasn't from Castro; it was from our guy: Batista. Ted doesn't mention that in his slick commercials. 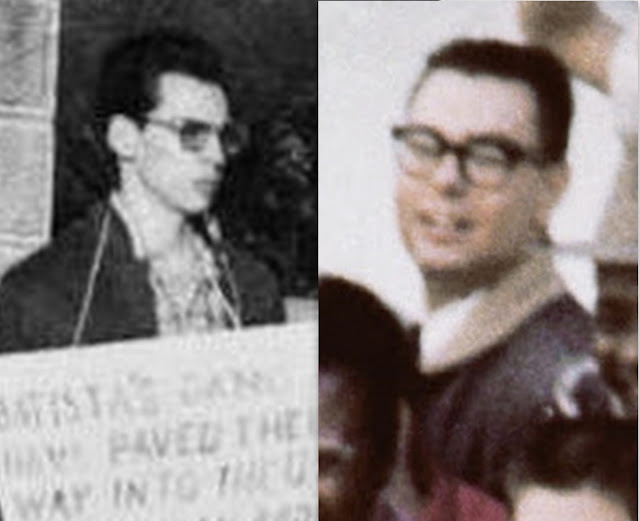 In this case, his face looks thinner on the left. But, that was 1959, so 4 years earlier. People gain weight. The bounty of America and all. The ears are a very good match. And notice something else: the glasses. How many young people would wear glasses at a time like that? They were just walking around on the street. I'm 65 years old, and I wouldn't wear glasses for that. But, Rafael is. He's wearing them there, and he's wearing them here. 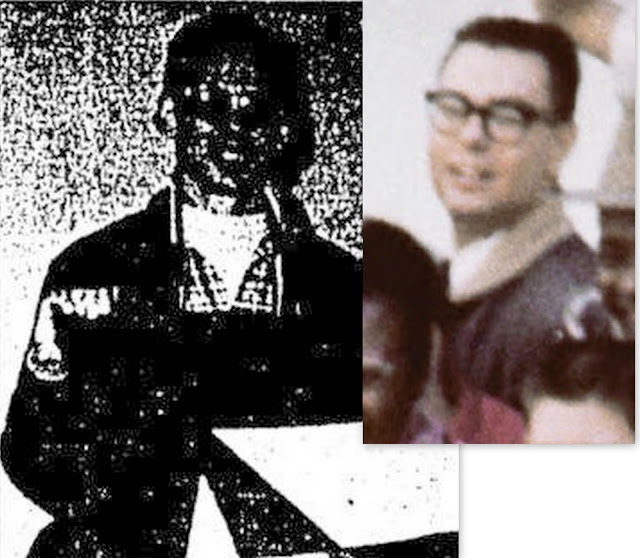 Again, mathematically speaking, it would be an amazing coincidence if that were someone else because of this thing called DNA. But, the first thing is to find out what Rafael Cruz has to say about it. Will he deny or confirm that that's him? We shall see.
Posted by Ralph Cinque at 7:35 AM