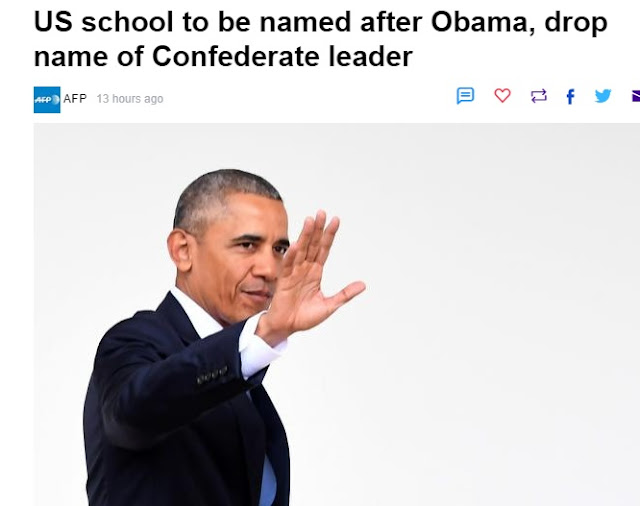 Off-topic. Time for a Civil War history lesson. So, a school in Mississippi is going to drop "Davis" from its name, in honor of Jefferson Davis, and replace it with Obama. I've said before that I was a Civil War buff before I became a JFK buff. And Jefferson Davis tried very hard to get the Confederacy to abolish slavery. But, the problem was that the Confederate Constitution made the President very weak. He couldn't order it by decree. He had to get the Confederate Congress to approve it, and they wouldn't. And, he took a lot of hell for trying. Then, after the war, Jefferson Davis was tortured. Read this by Clyde Wilson, a true historian, as opposed to a court historian:

But, they never did try Jefferson Davis. In fact, they granted him amnesty in 1869.

Why did you think they didn't try him? It's because of things that would have come out during his trial.

The United States was founded on a slave culture: Washington, Jefferson,  Adams, Madison, all bigtime slave owners; talking about freedom and liberty, while owning black people. And how was it justified? By racism (the belief that blacks are "inferior" to whites) and religion (the belief God wanted whites to own blacks, that it was part of his grand plan).

"To have dominion over the animals and the blacks, the Lord says. The Indians? Well, they don't take to slavery, so let them rot on the reservations, and if they refuse or make trouble, kill 'em."

Without a doubt, Abraham Lincoln was a racist. Read what esteemed black historian Walter Williams wrote about Lincoln: 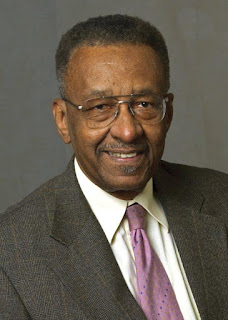 THE TRUTH ABOUT ABRAHAM LINCOLN & SLAVERY

Breaking through the mythology.

Steven Spielberg's "Lincoln" has been a box-office hit and nominated for 12 Academy Awards, including best picture, best director and best actor for Daniel Day-Lewis, who portrayed our 16th president. I haven't seen the movie; therefore, this column is not about the movie but about a man deified by many. My colleague Thomas DiLorenzo, economics professor at Loyola University Maryland, exposed some of the Lincoln myth in his 2006 book, "Lincoln Unmasked." Now comes Joseph Fallon, cultural intelligence analyst and former U.S. Army Intelligence Center instructor, with his new e-book, "Lincoln Uncensored." Fallon's book examines 10 volumes of collected writings and speeches of Lincoln's, which include passages on slavery, secession, equality of blacks and emancipation. We don't have to rely upon anyone's interpretation. Just read his words to see what you make of them.
In an 1858 letter, Lincoln said, "I have declared a thousand times, and now repeat that, in my opinion neither the General Government, nor any other power outside of the slave states, can constitutionally or rightfully interfere with slaves or slavery where it already exists." In a Springfield, Ill., speech, he explained, "My declarations upon this subject of negro slavery may be misrepresented, but can not be misunderstood. I have said that I do not understand the Declaration (of Independence) to mean that all men were created equal in all respects." Debating with Sen. Stephen Douglas, Lincoln said, "I am not, nor ever have been, in favor of ... making voters or jurors of Negroes nor of qualifying them to hold office nor to intermarry with white people; and I will say in addition to this that there is a physical difference between the white and black races, which I believe will forever forbid the two races living together on terms of social and political equality."
You say, "His Emancipation Proclamation freed the slaves! That proves he was against slavery." Lincoln's words: "I view the matter (Emancipation Proclamation) as a practical war measure, to be decided upon according to the advantages or disadvantages it may offer to the suppression of the rebellion." He also wrote: "I will also concede that emancipation would help us in Europe, and convince them that we are incited by something more than ambition." At the time Lincoln wrote the proclamation, war was going badly for the Union.
London and Paris were considering recognizing the Confederacy and considering assisting it in its war effort.
The Emancipation Proclamation was not a universal declaration. It detailed where slaves were freed, only in those states "in rebellion against the United States." Slaves remained slaves in states not in rebellion — such as Kentucky, Maryland and Delaware. The hypocrisy of the Emancipation Proclamation came in for heavy criticism. Lincoln's own secretary of state, William Seward, said, "We show our sympathy with slavery by emancipating slaves where we cannot reach them and holding them in bondage where we can set them free."
Lincoln did articulate a view of secession that would have been welcomed in 1776: "Any people anywhere, being inclined and having the power, have the right to rise up and shake off the existing government and form a new one that suits them better. ... Nor is this right confined to cases in which the whole people of an existing government may choose to exercise it. Any portion of such people that can may revolutionize and make their own of so much of the territory as they inhabit." But that was Lincoln's 1848 speech in the U.S. House of Representatives regarding the war with Mexico and the secession of Texas.
Why didn't Lincoln feel the same about Southern secession? Following the money might help with an answer. Throughout most of our history, the only sources of federal revenue were excise taxes and tariffs. During the 1850s, tariffs amounted to 90 percent of federal revenue. Southern ports paid 75 percent of tariffs in 1859. What "responsible" politician would let that much revenue go?