Amy Joyce has done it again. She has found a letter from an anguished woman named Martha Stanton Chadwell from Kokomo, Indiana who was watching the television news leading up to the jail transfer, and she heard an announcer turn to someone on the phone, and twice he said, "Is Ruby there yet?" 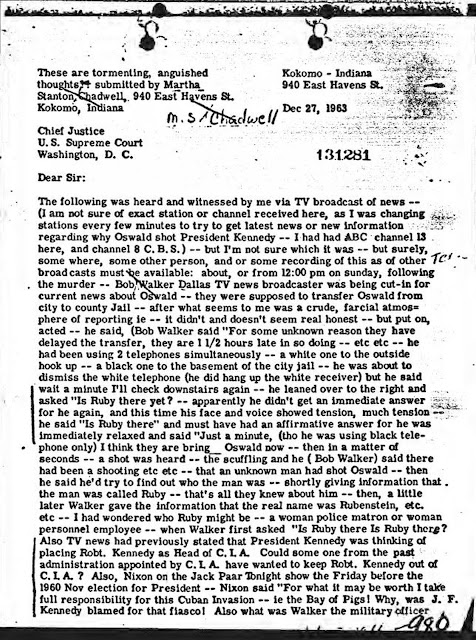 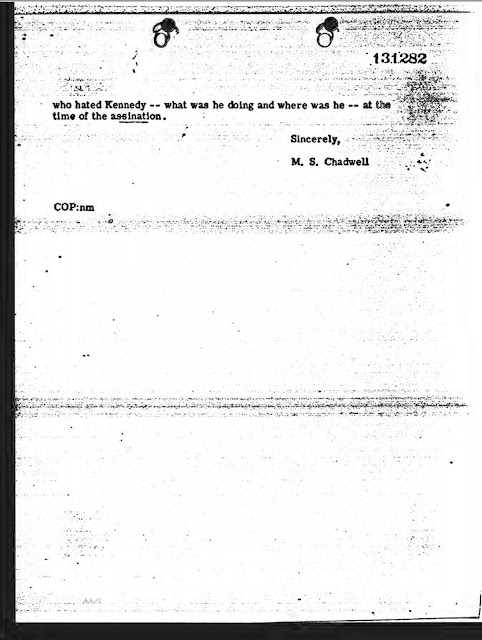 This is what Amy wrote about it:

Interesting observation by a woman watching TV on the 24th.

Attached is a transcribed letter that was written by a woman who claimed she over-heard a TV newsman question another regarding Ruby's arrival to the DPD ..... before the televised spectacle had even taken place.

I believe she wrote many letters about this, trying to report it, but nobody did anything until a WC member asked the FBI to look into it.

If needed available is a copy of the original letter along with various other memos regarding it and the ensuing investigation.

RC: I have trouble opening zip files, and I haven't been able to open hers. So I haven't seen the memos. But, this is obviously very big. Notice at the beginning of the letter she said that the whole atmosphere was farcical, that it didn't seem real. She might have added that it seemed staged and theatrical, which it did. It was all fake. Don't you get it? THE SHOOTING OF OSWALD WAS THE FIRST, STAGED, TELEVISED CRISIS EVENT.