That's a fantastic find by your friend, Ralph!  Big wow!

No prints on the revolver at all. No prints on the rifle at all.  Not even on the inner parts where they later said to have found one.  And those tests don't take long. They had the results, lacking Oswald's prints, practically immediately.  And what did they do?  Nothing but focus on condemning LHO and did not bother looking elsewhere.  Of course they won't find other clues if they don't bother looking and ignore other leads.
Those sick bastards!
Buy him a drink from me. I'll certainly pay for it. 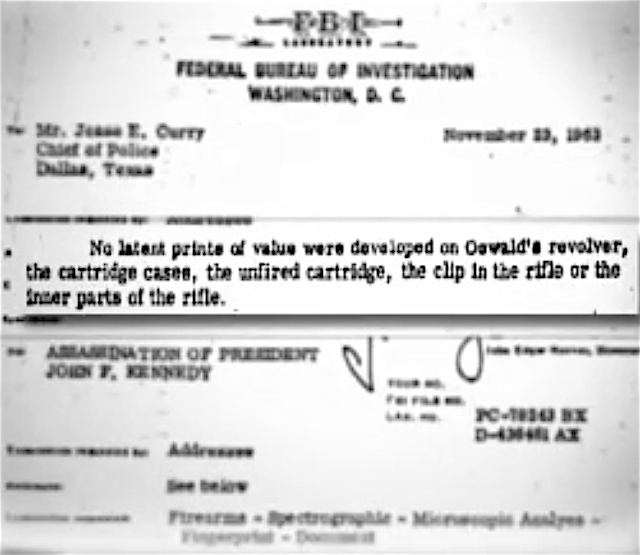