Thank you.  I wonder if anyone has done measurements of his hairline and forehead and compared them.
Anyway, I will investigate this a bit on my own.
Jerry Kroth
Show original message
Reply Reply to All Forward More
Ralph Cinque <oswaldinnocent@yahoo.com>
To
Jerry Kroth
Today at 11:53 AM
Wait a second, Jerry. The hairline and the forehead is the one thing they changed on Doorman to turn him into Lovelady. So, that's not going to work.
You know that Oswald said that the Backyard photos are forgeries. And he said it because he meant it. If he posed for the photos, he would have said so. It wasn't a crime. But, he didn't. They put his face over the body of another man. And not his whole face. They left the chin of the original man.
Well, with Doorman, they just replaced Oswald's crown. They slapped on Lovelady's from a photo they had from the 1950s. Here's the dividing line, and that is the photo they used. One cannot understand the JFK assassination without recognizing the role of photo and film alteration. Ralph 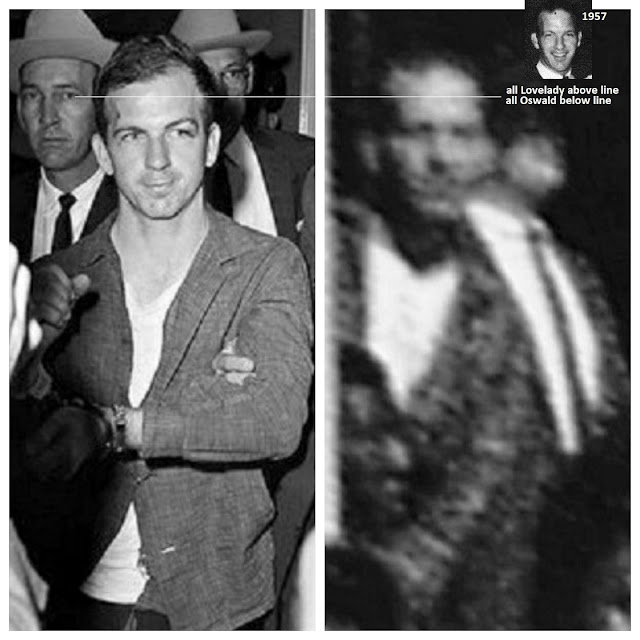