I hope you realize that the recent, nation-wide reporting of Jack Ruby having "watched the fireworks" is a VERY big deal, and it's ominous that they (our media) did it. That's because they gave it so much credibility, never even citing the damning contrary evidence, such as numerous witnesses at the Dallas Morning News who vouched for Ruby being there at the time of the motorcade.

And besides that, the story stinks out loud. Supposedly, Bob Vanderslice, being of a criminal bent, soon afterwards committed some crime which landed him in the County Jail where he, reportedly, "got to know Jack Ruby better." First, Jack Ruby didn't mingle with ANY other prisoners at the County Jail. Second, how could it not be known what Bob Vanderslice had done? Supposedly, he went to the FBI in 1977. The FBI. That's the intelligence agency which supposedly, within hours, tracked down the murder weapon to a sale at Klein's Hardware in Chicago from a previous sale from a New York wholesaler to Klein's. They did all that within hours, but they couldn't find out the criminal record of a man in 1977 who had been arrested in 1963? They had criminal records back then- in case you don't know it. And every detail of his should have been part of the story.

But, there's more to consider. The presumption of the story is that there was a conspiracy between Oswald and Ruby. But, there is no evidence they ever met- just some wild and unsubstantiated stories, like someone recalling seeing Oswald at the Carousel Club. Oswald didn't drink. He didn't chase women. He didn't smoke and hated being around smoke, and, those places were smokey back then. He didn't drive, and he had no car. So, what, he took the bus to the Carousel Club at night? So that he and Ruby could discuss the plan to kill Kennedy? And, it is insane to think there was a conspiracy between them, that of all people in the world, Oswald chose to tell Jack Ruby what he planned to do. And, how could he if he only got the idea from seeing the motorcade route in the newspaper a couple days before?

Don't you see that the whole idea is ludicrous? And yet, it was reported widely and matter-of-factly by our stinking media. 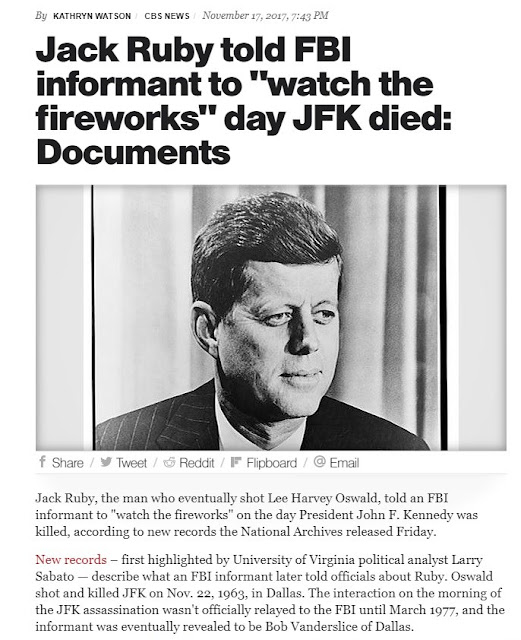 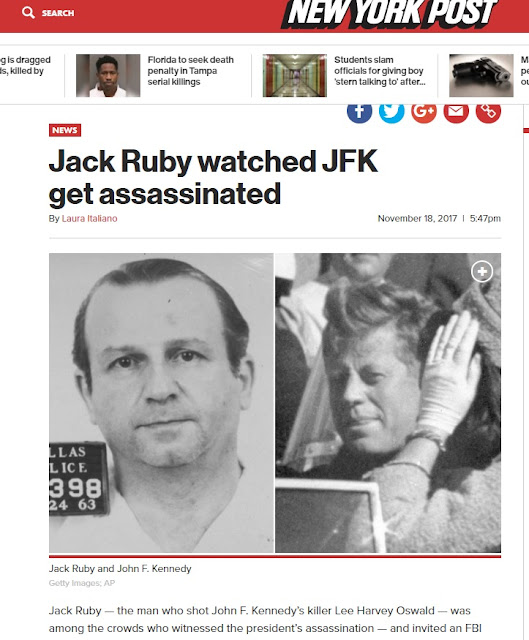 Etc. etc. etc., the dirty sons of bitches. Why'd they do it? Why, when usually they either ignore conspiracy stories, and if they covered them it was too disparage the "conspiracy theorists" as lunes? It must have been a central decision for so much of the media to cover the story, and cover it the same way: giving it credibility.

Rewind now to 1978 to the Dallas Morning News, which was practically the newspaper of record in support of the official story of the JFK assassination. 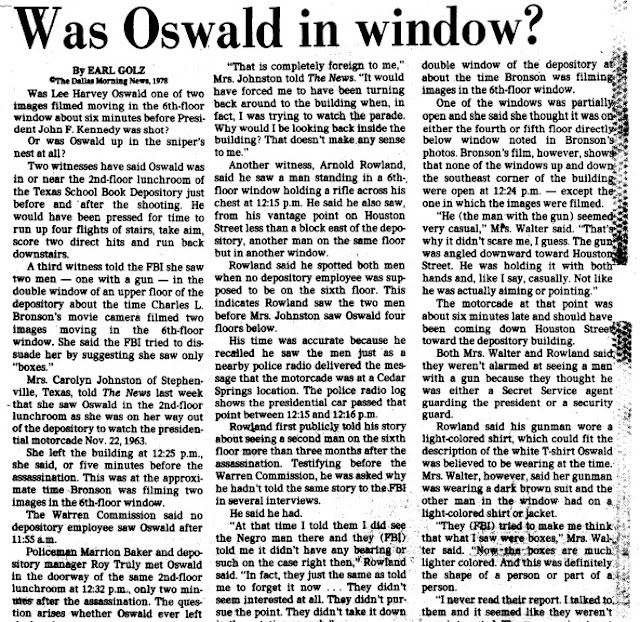 The story makes no sense and is contradicted by many things, including Carolyn Arnold's FBI statement from 11/26/63 in which she said she saw Oswald at the doorway. It is contradicted by the fact that neither Oswald nor any other order-filler ate in the 2nd floor lunch room; rather, they ate in the domino room. But, what about the time of 12:25? That was the time they were all told the President would be riding by. That was the time he was expected. So, who would leave her office at 12:25 for a fleeting event that was going to take place outside at 12:25? And, it is also contradicted by the fact that Carolyn Arnold's original story was that she left with two other secretaries to watch the motorcade. One of them was Virginia Rackley; I don't can't name the other. 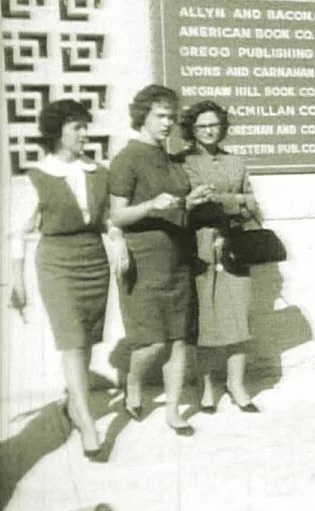 But, wouldn't they all have seen Oswald eating in the 2nd floor lunch room since they were a together? Note that 19 year old Carolyn Arnold, in the center, was pregnant at the time.

And note that the article said that "Mrs. Carolyn Johnston told The News last week..." How? Did she go to the News, or did the News go to her? And by the News, did Golz mean himself? Then, why didn't he say so? And how did this come about? It doesn't sound like she went to him. So, if he went to her, how and why did he go to her? Who put him up to it? If she was living then as Mrs. Carolyn Johnston and in a small town over 100 miles away from Dallas, how did he find her? I don't say it was impossible, but it had to take a concerted effort. But, why would he look for her? Did he have an expectation that she was going to change her story? Was he tipped off by someone? Who?

The Carolyn Arnold revision story did NOT get the kind of instant nation-wide circulation in 1978 that the Jack Ruby fireworks story got in 2017. However, it certainly did become part of the lore of the JFK assassination, and it is still debated to this day. But, I believe the making of the two stories represents the exact same kind of Machiavellian conjuring, and they both have the same characteristics. Both stories were reported factually while ignoring contradictory evidence. In Arnold's case, for instance, her revised claim was contradicted by another secretary Pauline Sanders who said that she went through the 2nd floor lunch room at 12:20 and did not see Oswald. That's 5 minutes before the time given by Arnold in her revised statement, but it's foolish to take any of these times as exact, and she was doing the same thing: leaving to go outside to watch the motorcade.

Both stories had the exact same purpose: to "bait the buffs." To give those driven to dispute the official story a piece of hot gossip that could never be confirmed, that could never be resolved, that could never have any definitive value, and which could only cloud, fog and blur, and complicate the evidence stream, so as to muck it up; to get it mired. That's what these stories are about, and if you fall for them, you are being played like a violin.

You remember in Butch Cassidy how Butch and Sundance kept trying to throw off the elite trackers who were tracking them, but they never foiled them for long. The elite trackers always figured it out, in short order, and got back on the right track. Well, here it is 2018, and there are idiots still pushing the Carolyn Arnold story.