How absurdly stupid it is to attribute specific features in a photograph to "brownian motion".

Brownian motion refers to the random motion of particles in a fluid, resulting from their collision with fast-moving particles in the fluid. And a fluid, of course, could be a liquid or a gas.

But, if photographic outcomes were subject to Brownian motion, then it would be a crap-shoot every time we took a picture. 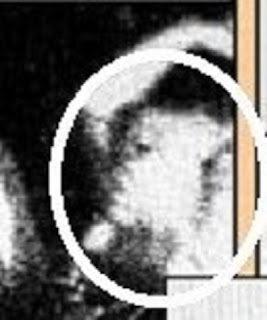 as being due to Brownian motion is really, really stupid.