I finally got to see the images from the chemical weapons attack at Douma.  The correspondent said they are "horrific," but you be the judge.  Here's the first: 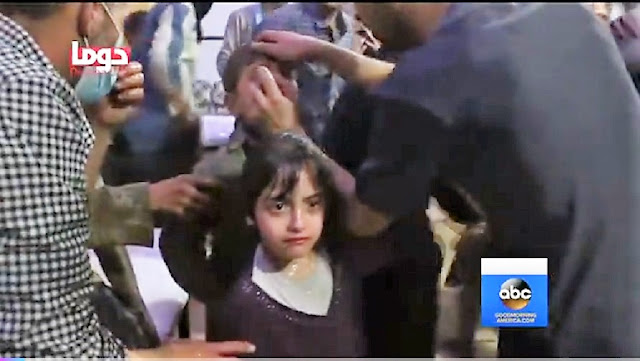 So, what is that guy doing there? Is he spraying something into the kid's eye? That's what it looks like. But, what could it be? I would assume that if the kid got a chemical in his eye, they'd flush his eye. This is from the Mayo Clinic:


Chemical splash in the eye

f a liquid, powder or aerosol chemical splashes into your eye, take these steps immediately.


So, I have no idea what that guy is doing or how it could be helpful. 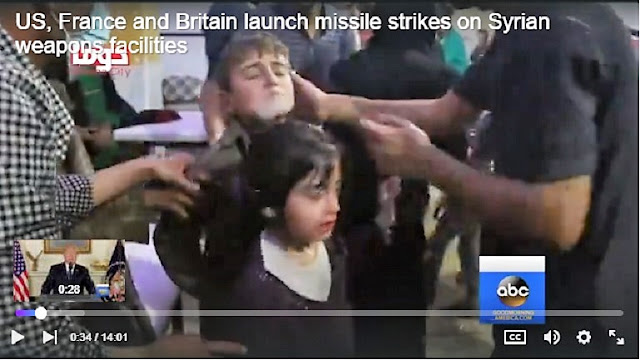 So now we move on to another kid. He's getting the eye treatment too. 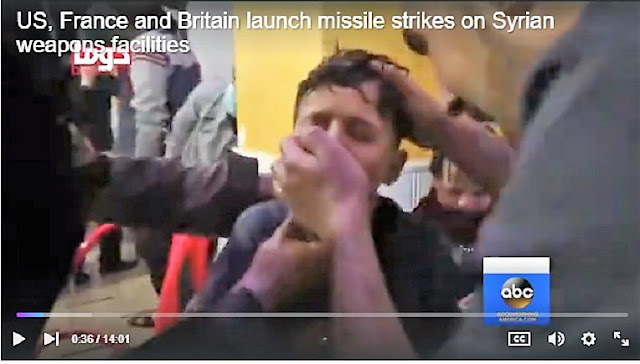 I can't imagine what that guy is doing that could be the least bit helpful. He's got his hand in a fist. So, what's he doing? Is he holding something? An instrument? But, why would he hold it like that?

Here's the kid afterwards. Same thing: he doesn't want to open his eyes. 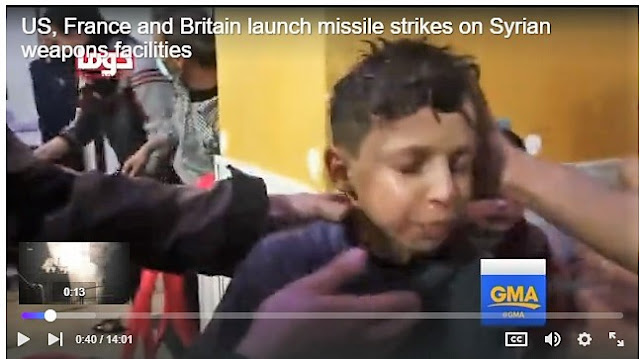 I told you: the natural thing in that situation is to open your eyes: to test them; to see if they still work. How odd that both kids would do that, keep their eyes shut. Do you think maybe somebody told them to?

Then, a while later, his eyes are still closed. But why? Are they irritated? But natural thing is start blinking your eyes; you don't hold them shut. 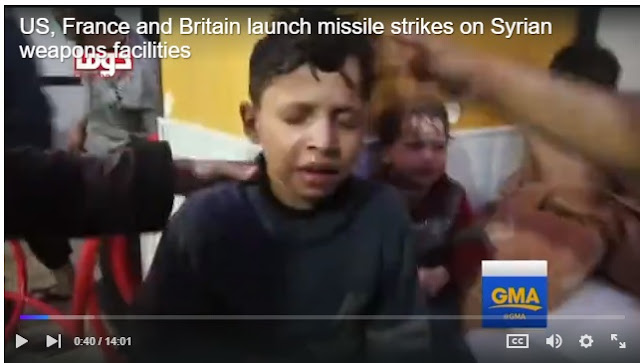 Supposedly, chlorine and sarin gas were used. Shouldn't we be seeing more effects than this? We're not actually seeing any effect at all. He just has his eyes closed. How does his skin look? Are you seeing any irritation? I'm not.

There's one more victim being treated, a girl. 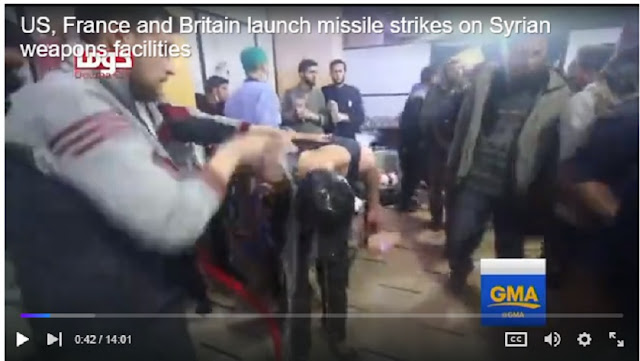 What is he doing? Is he washing her hair? That's part of emergency treatment? 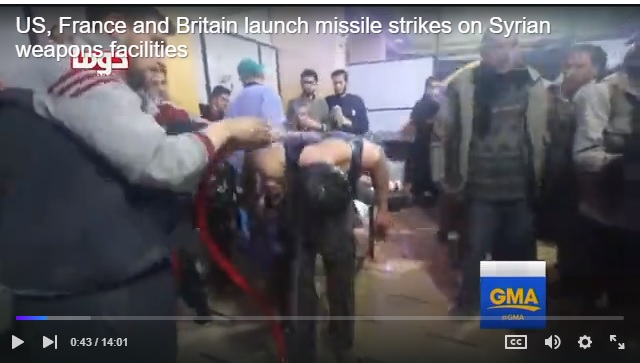 And now what? He's washing her back? Why not just take her someplace where she can take a shower? This video horrified the world, did it? That's what the newscaster said. I gotta sit down.