The point that Ralph Cinque is unable to grasp is the inherent subjectivity involved in studying photographs. I find no anomaly and nothing sinister about the photo with Dallas police officer whose head is bowed. We could take a poll and probably find a few people who believe that the hat looks strange. But that discussion will not advance our knowledge of the JFK assassination.


So, James Norwood, a college professor, is espousing universal skepticism. He says there is "inherent subjectivity" in studying photographs, which is a very sweeping statement, and it implies that studying photographs is futile, a waste of time, that we can't draw valid conclusions from it.

But, what he really means is that that applies when I do it. He doesn't find fault when Brian Pete makes claims about photos.
the strange light streak or artifact that is not a part of the limo is actually the top of the flag post on the front fender of the limo.


Are you sure? What about the inherent subjectivity?

Here is another gem of Brian's: 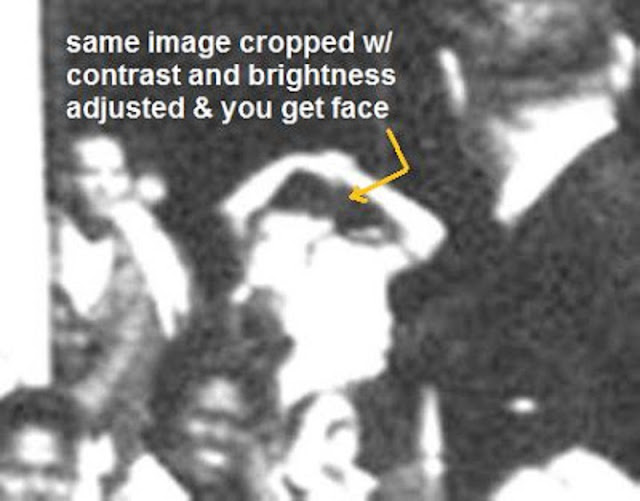 So, he claims to have adjusted the contrast and brightness, and then he claims that the vague contrast within the enclosure can now be identified and recognized as a face. Let's look at it closer: 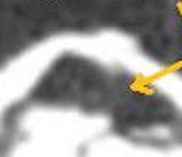 Isn't it amazing that Professor Norwood could say this?

I have really appreciated these exposés by bpete and the opportunity to write comments. They are well presented and well-reasoned analyses.

And Professor Norwood, himself, has ideas about photos.

In other words, what appears at first glance to be "retouching" of the photo may be explained by "Brownian motion in the emulsion.”


He is quoting Judyth Baker, but has he forgotten bpete's expose about her? 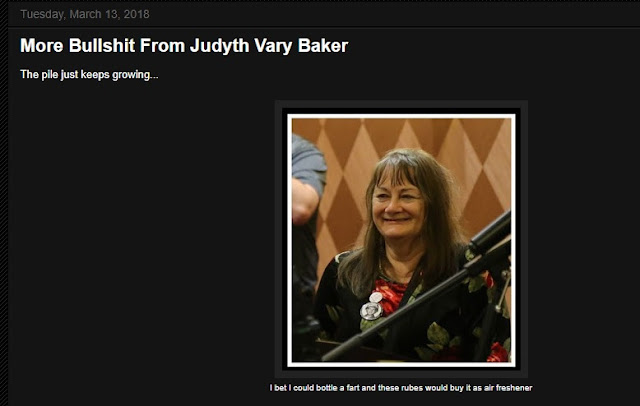 So, if Judyth Baker is full of bull shit, why would Professor Norwood take chemistry lessons from her?  If she can be wrong about so many other things, and everything about Oswald, why does Professor Norwood assume that she knows what she is talking about with the "Brownian motion in the emulsion"?

Here is an 11 page article on the chemistry of film processing from the College of Technology of the University of Houston. It doesn't mention Brownian motion in the emulsion:

Here is a long article on the chemistry of photography from the University of South Carolina. It doesn't mention Brownian motion in the emulsion either. 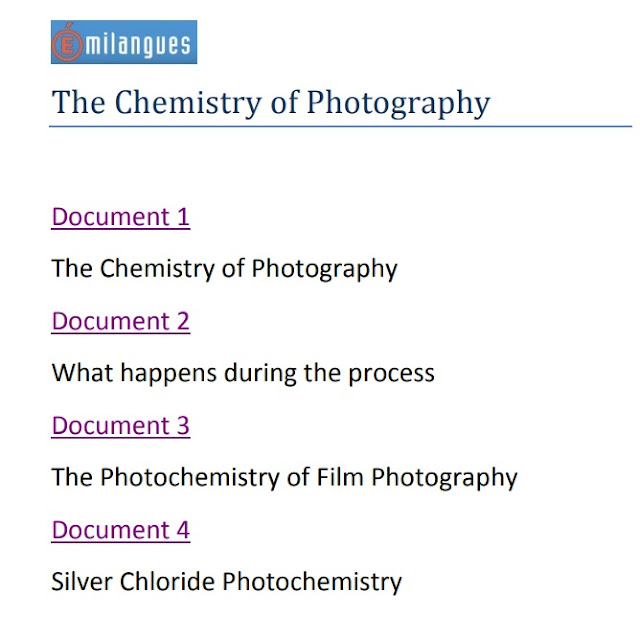 This is a 7 page article and it does not mention the Brownian motion in the emulsion.

In psychiatry, confabulation (verb: confabulate) is a disturbance of memory, defined as the production of fabricated, distorted, or misinterpreted memories about oneself or the world, without the conscious intention to deceive.

Are you unaware that she confabulates when she talks about Oswald (for whom there is no evidence she ever met or knew) and that when she talks about the Brownian motion of the emulsion it is the exact same confabulation? She's just spewing, James. She's a spewer. She spews. It's what spewers do. And, she can't stop spewing. She'll spew about anything.

You're supposed to take cover when someone spews, James; not open your mouth and drink it in.

Here is an article from the Journal of Applied Physics:

Motion of Electrons and Holes in Photographic Emulsion Grains

On p. 2 of Fritz's transcribed notes, he writes the following: "I asked him [Oswald] what part of the building he was in when the President was shot, and he said he was having lunch about that time on the first floor."

James, Oswald was not having lunch when the President was shot. There is no chance that that is true. Like everyone else, Oswald got off work at 11:45. He didn't wait until 12:30 to eat. He told Fritz that he ate lunch on the 1st floor when James Jarman and Harold Norman were milling around. That was early in the lunch break. He didn't say that he ate with them; just that he saw them milling around at the time. And that was definitely early in the lunch break. By 12:30 they were up on the 5th floor watching the motorcade from the window. 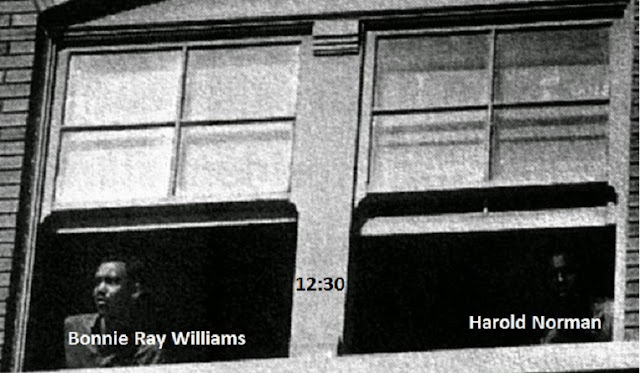 So, what Fritz said was a lie, James. He lied. Is that so hard for you to believe? Don't you think there was a lot of lying going on in the smearing of Oswald? And since he was dead, they were free to lie all they wanted. They could say he said this, that, and the other thing. He wasn't around to refute them.

Now, Norwood is accusing me of plagiarizing. Who am I plagiarizing? And why would I plagiarize? If somebody said something that I think is true, why wouldn't I confirm that they said it? For instance, I never said I was the first to realize that Jack Ruby was innocent. I have said a thousand times that the Russian Maxsim Irkutsk was the first. I wouldn't dream of stealing his thunder. I'm delighted that he realized it before I did. I wouldn't plagiarize anybody. I would acknowledge them and applaud them.

And regarding my revision of Jim Fetzer's article, the OIC website is entirely my sphere, my domain. Jim is busy. He is doing all kinds of other things. So, I'm not going to bother him about it. I am free to edit anything on that website, and it has been that way since the start. This is a fucking war, and I don't pull any punches.

Then, Norwood makes a quote, but the writing is his:

"We have proven that Altgens6 is fake, thus we need no other evidence to demonstrate that it is Oswald standing in the doorway."

You won't find that on my website. First, we don't claim that the Altgens6 photo is fake; we claim that it's altered. The Backyard photos are fake. In other words: Oswald never posed with that rifle. They are fake photos that were made BEFORE the assassination.

I wonder if Professor Norwood admits that the Backyard photos are fake. If he doesn't, then he must believe that Oswald really did order the rifle from Kleins Sporting Goods. But, read what John Armstrong says about that:

Oswald Did NOT Purchase a Rifle from Kleins
by John Armstrong

Alright, so Oswald never ordered the rifle from Kleins. So, he couldn't have posed with it, right? Therefore, the Backyard photos must be fake, right? Right, Professor Norwood?

So, they are fake photos. But, the Altgens photo is a real photo. James Altgens really did take it. Right? So, our claim is that it was altered not that the whole photo is fake.

But, the fact that the Altgens photo was altered is not the only evidence for Oswald in the doorway. There are the Fritz notes. There is the testimony of Carolyn Arnold on 11/26/63. There is this statement by Anthony Botelho, Oswald's marine buddy. 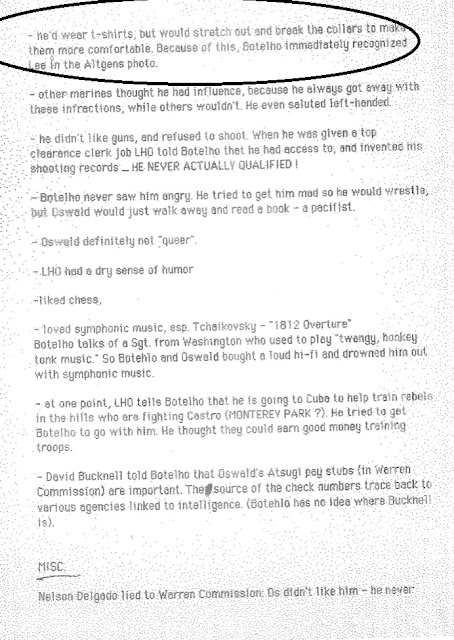 So, it says he'd wear t-shirts, but would stretch out and break the collars to make them more comfortable. Because of this, Botelho immediately recognized Lee in the Altgens photo.

I have a letter from a woman in Russia who said that her uncle, who knew Oswald in Russia, recognized him in the Altgens photo.

So, the Altgens alteration is NOT the only basis by which we establish Oswald in the doorway. Your entire statement, which you attributed to me and Jim, is false.

I think you are losing your grip, James. I think you're going the way of Inspector Dreyfus. 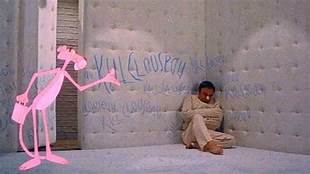