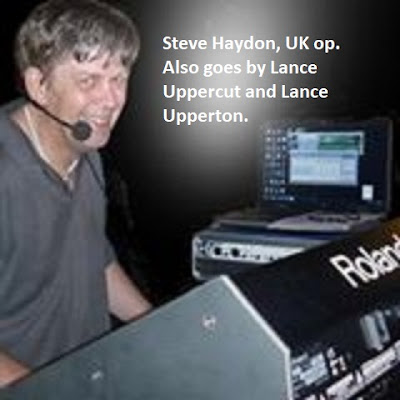 Haydon, the authenticity of the blood stain in the jail office is in question. And, what I said is that there was no blood seen in the garage. I knew about the other. I have known about it for a long time; years. 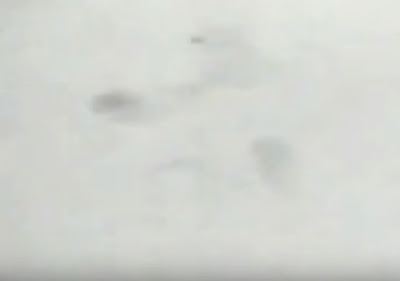 But, it is still very much in question. Oswald was only bleeding from one place: a small puncture wound on his left side. Presumably, he was placed down on the floor in the jail office on his back. And, he didn't move because he was unconscious. Since, he wasn't bleeding from his back, why would that stain occur? The place where I would expect to see blood is his clothes, particularly his sweater. Blood wasn't going to spurt from the wound. And if it got on the floor, it would have to do so by way of his clothes. But, we never saw any blood on his clothes either. So, how could he wind up with such a scattered blood stain on the floor?

Dr. Fred Bieberdorf examined Oswald in the jail office, and he said that he didn't see any blood; not even on the wound.

So, the authenticity of the jail office blood stain remains in doubt- whether you like it or not.

Now, the jail transfer was supposed to be just a 30 foot walk to a car, with Oswald then being immediately driven away. It was announced in advance that you could not question Oswald. So, the idea of hanging a microphone from the ceiling for that walk, when it was explicitly stated that the event would not involve talking, makes no sense. It was not a press conference. And who do you think did it, hung it? Do you think the Dallas Police Department did it, hung the mic? It was their garage, wasn't it? Or do you think that some media company did it? But, why would they do it? Wouldn't they be helping their competitors as much as themselves? And obviously, they couldn't do it without permission. But, there is no record of anybody asking for such permission, and the Dallas PD never made a statement about doing it themselves. Plus, and worst of all, the mic is missing from other images, such as the Jackson photo, where it should be seen. So, the errant mic is a problem- whether you like it or not.

Haydon: "So you're saying the Dallas Police put on the ruse by having FBI Agent James Bookhout pretend to shoot Oswald, and Oswald, in kind, pretended to be shot. Then they took Oswald back into the police station and shot him
anyway?"

RC: Anyway? You should have just put a period after "him." There's no need for "anyway." What are you implying, that they might as well have shot him in the garage if they were going to shoot him? But, that was dangerous. Would you want to be Jim Leavelle and have a bullet coming at you, and the only thing between it and you being Oswald's skinny frame? I don't think so. Plus, how accurate could they be in the garage? They needed a precision shot, one that guaranteed death. It required surgical placement. The garage spectacle was just that: a spectacle for television.

Oswald made eye contact with Bookhout, and he was definitely looking at somebody he knew. There is no evidence that he knew Ruby. 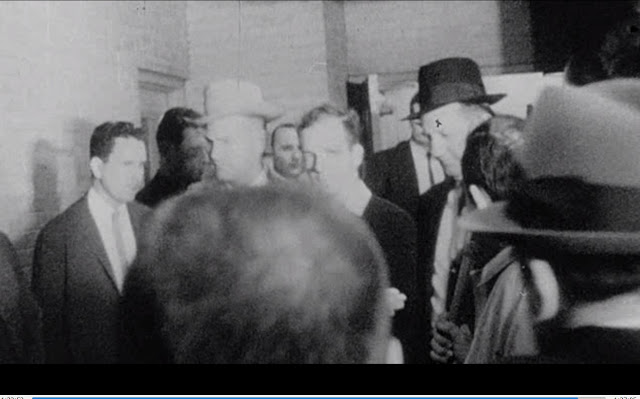 Then, Bookhout came in, Oswald looked straight ahead, but it isn't normal. It is normal to glance at moving objects in your peripheral fieldof vision, and Bookhout was definitely in Oswald's peripheral field of vision. 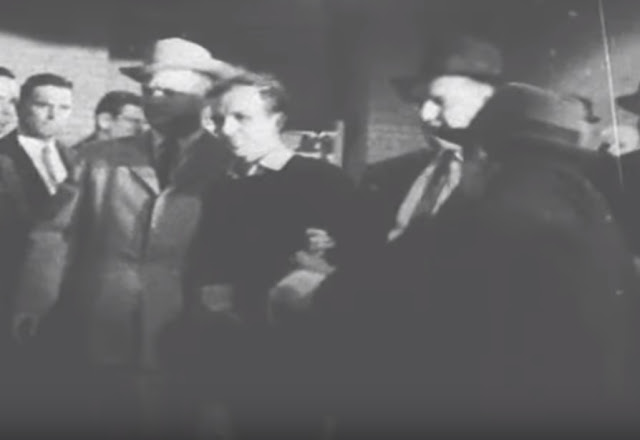 And you can't compare Tim McCarthy to Oswald. McCarthy never lost consciousness. His condition was serious but nowhere near as dire as Oswald's. He was not in a state of circulatory collapse. It is a totally inappropriate, unwarranted, and unjustified comparison.

It is well known in Medicine that having your aorta blown out by gunshot puts a person at high risk of imminent death. In Oswald's case, it was not just his aorta, but also his vena cava (the largest vein in the body) his superior mesenteric artery (which is another major artery) and the highly vascular organs of the right kidney and spleen, from which he was bleeding. Oswald started cringing and collapsing in response to the shot, and in a real-life situation, he would have continued going down. For him to start veering back and then go up on his toes is ridiculous. He couldn't do it with those injuries.

No newsman ID'd "Ruby" in the garage, and at least two knew him: Ike Pappas and Hugh Aynesworth. Aynesworth said he saw the shooter "zip in" but he didn't recognize him as Jack Ruby. He only learned he was Jack Ruby later- from the Dallas Police. Now, do you think that's because he only saw the shooter from behind? Well, the same is true of us. We never got a look at the Shooter's face. So, why do people believe he was Ruby? From the lip-flapping that followed. That's all.

And Bob Jackson's photo is a monstrosity. Oswald NEVER slapped his hand to his chest. We don't see it any film. And why would he do that anyway? (and that's an appropriate use of "anyway") Why would anyone? When has an abdominal gunshot victim EVER done that? Oswald is the only one. No one else has ever done it. And again, why would they?

The hand isn't even Oswald's hand. It isn't even "a" hand. It's two hands. So, that humongous thumb, which was certainly not Oswald's thumb, is a right thumb, and it is clasping a left hand. That is two hands. There is no doubt about that. And the hand it's clasping only has 3 fingers.

So, the Bob Jackson photo is an abomination, and it was definitely altered.

Haydon, every time I respond to you, I post it on my blog, which is now one of the most widely read and followed JFK blogs en el mundo. So, indirectly and unwittingly, you are supporting the cause of JFK truth, even as you fight it.